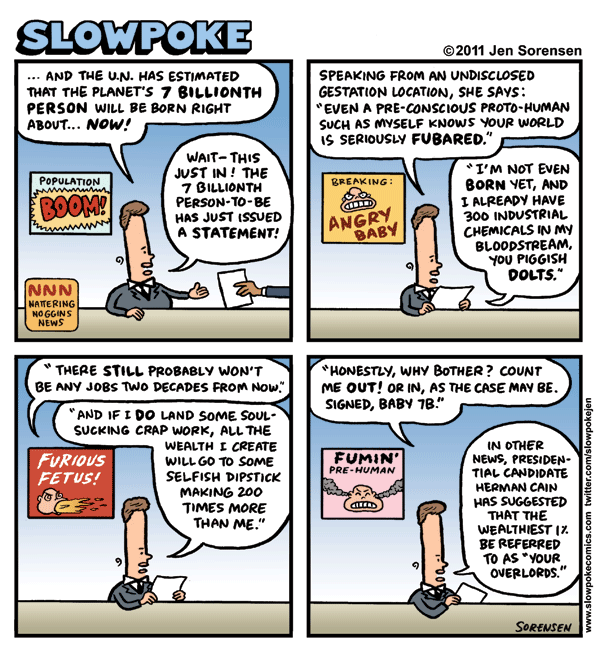 According to estimates, the world’s population has passed 7 billion people, more or less. Hard to count the squirming mass of humanity with any accuracy.

This was written by Iron Knee. Posted on Friday, November 4, 2011, at 12:45 am. Filed under Irony. Tagged Environment. Bookmark the permalink. Follow comments here with the RSS feed. Both comments and trackbacks are currently closed.