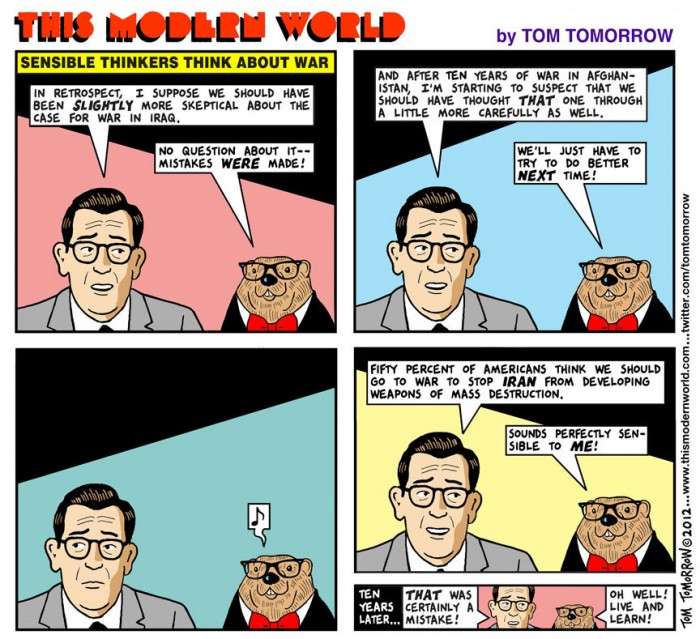 Why are we so willing to go to war? Is it because the US media keeps us in a state of constant fear? Is it because corporations with strong government connections make lots of money off of war? Or because politicians get a boost in their approval rating during times of war?

Why do we still think of ourselves as the world’s policeman? I think isolationism is a mistake, but we seem to err in the other direction too much. And this comic doesn’t even mention Viet Nam.

This was written by Iron Knee. Posted on Tuesday, January 3, 2012, at 11:24 am. Filed under Hypocrisy. Tagged War. Bookmark the permalink. Follow comments here with the RSS feed. Both comments and trackbacks are currently closed.