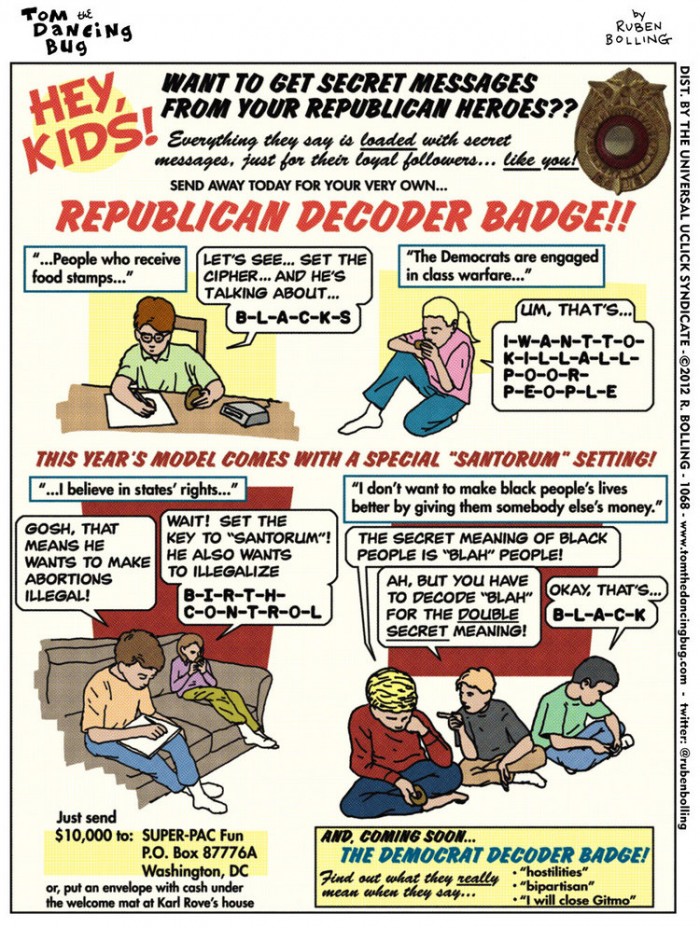 I remember when I was young, it was not uncommon for some people to say things that were racist, even out loud in public. The civil rights movement managed to make it unacceptable for people to be explicitly racist, but it didn’t get rid of racism itself. Those people just found more socially acceptable ways to be racist.

There are plenty of examples of this, including Nixon with his “Southern Strategy“, the “War on Drugs”, which targets drugs popular with Blacks. Heck, I’m strongly in favor of pushing power down from the federal level to the state level, but I can’t even use the phrase “states’ rights” because it has become a loaded term synonymous with opposing civil rights.

This was written by Iron Knee. Posted on Sunday, January 15, 2012, at 10:07 am. Filed under Irony. Tagged Racism. Bookmark the permalink. Follow comments here with the RSS feed. Both comments and trackbacks are currently closed.