The mainstream media loves a good horse race, and they are sure getting one in the Republican primaries. Just a couple of days ago, Romney had won two races and was on his way to a double-digit knockout in South Carolina. But it looks like he might get Rickrolled.

Today Iowa finally announced their official totals, and Romney’s 8-vote unofficial win there flipped (how apropos) to a 34 vote win for Rick Santorum.

The other Rick, governor Perry, announced today that he is leaving the race and throwing his support to Newt Gingrich.

Plus Mitt seems to be doing himself no favors with his non-answer on releasing his income tax information.

As the media says, stay tuned. 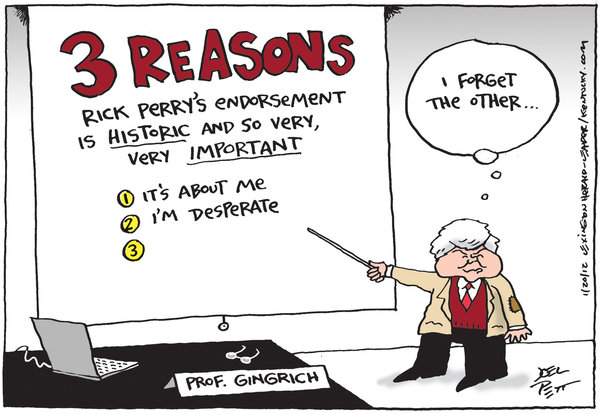 UPDATE: The South Carolina primary is happening today, and several pundits say Gingrich will probably win it. But Romney is still ahead in Florida and will still likely take the nomination.

This was written by Iron Knee. Posted on Thursday, January 19, 2012, at 1:18 pm. Filed under Irony. Tagged Elections. Bookmark the permalink. Follow comments here with the RSS feed. Both comments and trackbacks are currently closed.