The Irony of Copying 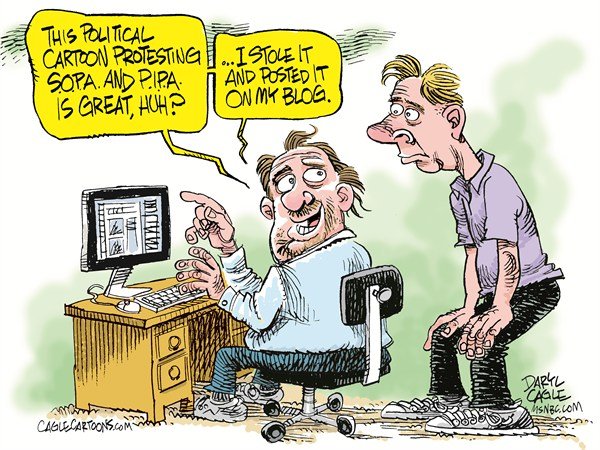 I just couldn’t resist posting (and “stealing”) this ironic comic. But Cagle does have a good point — there are lots of people who depend on licensing intellectual property for their livelihood and they should be protected. The question is what is the best way to do that, and balance their rights with fair use and the public interest.

This was written by Iron Knee. Posted on Tuesday, January 24, 2012, at 12:17 am. Filed under Irony. Tagged Copyright. Bookmark the permalink. Follow comments here with the RSS feed. Both comments and trackbacks are currently closed.