Mitt Romney may be financed by Wall Street, but it could be worse. The Las Vegas casino owner who has almost singlehandedly financed Newt Gingrich’s surge in South Carolina by donating $10 million (and promising even more) to Newt Gingrich’s super PAC “Winning our Future” is being investigated by the Department of Justice and the SEC for violating federal bribery laws and for ties to Chinese organized crime. Sheldon Adelson is the founder and CEO of the Las Vegas Sands Corp, which also owns casinos in China. Adelson is the 8th richest man in America.

Super PACs, of course, were made possible by the Supreme Court decision in Citizen’s United. 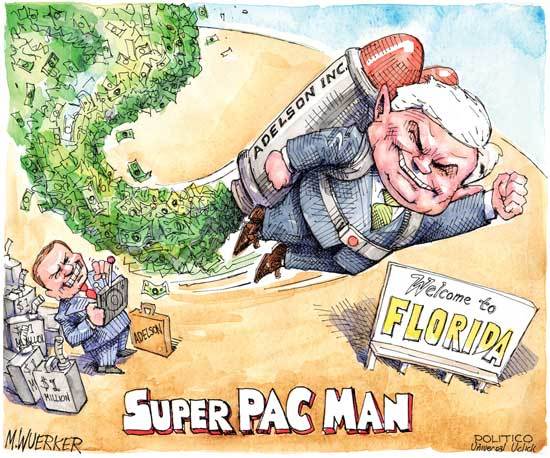 This was written by Iron Knee. Posted on Monday, January 30, 2012, at 4:43 am. Filed under Irony. Tagged Elections. Bookmark the permalink. Follow comments here with the RSS feed. Both comments and trackbacks are currently closed.