Premier Networks is owned by Clear Channel Communications, which is the largest owner and operator of radio stations, and also owns various other media outlets, including billboards.

In 2008, Clear Channel was bought by Bain Capital in a leveraged buyout. Bain Capital has acquired hundreds of companies, including other media companies.

Mitt Romney is the co-founder of Bain Capital and still owns a significant portion of it. He also served as its CEO, although on paper he is no longer involved in management decisions. 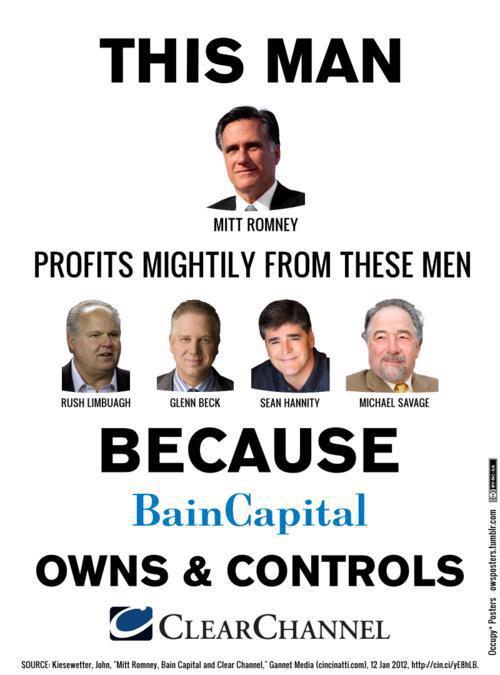 This was written by Iron Knee. Posted on Monday, April 23, 2012, at 12:18 am. Filed under Irony. Tagged Media. Bookmark the permalink. Follow comments here with the RSS feed. Both comments and trackbacks are currently closed.