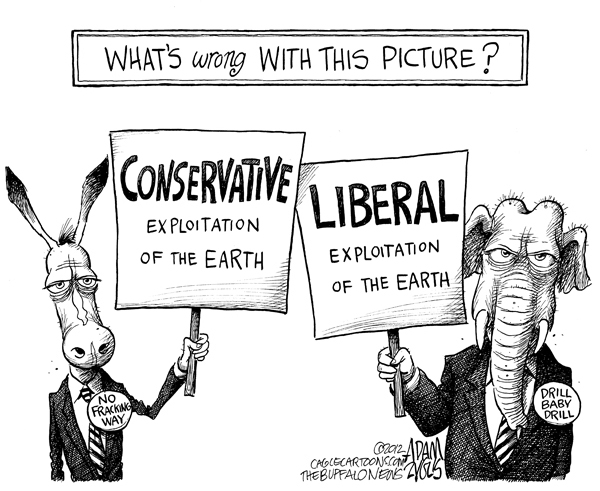 Once upon a time, the word “conservative” came from the same root as “conservation”. But today, the only thing conservatives are trying to conserve is their bank accounts.

For thirty years prior to 2000, earthquakes in the central US averaged 21 a year. But after oil and gas drilling operations started using “fracking“, where water, sand, and chemicals are injected into deep shale formations, earthquakes jumped to 50 in 2009, 87 in 2010, and 134 in 2011. There is also concern that fracking taints drinking water.

This was written by Iron Knee. Posted on Tuesday, April 24, 2012, at 9:08 am. Filed under Irony. Tagged Energy, Environment. Bookmark the permalink. Follow comments here with the RSS feed. Both comments and trackbacks are currently closed.