Free, as in Market 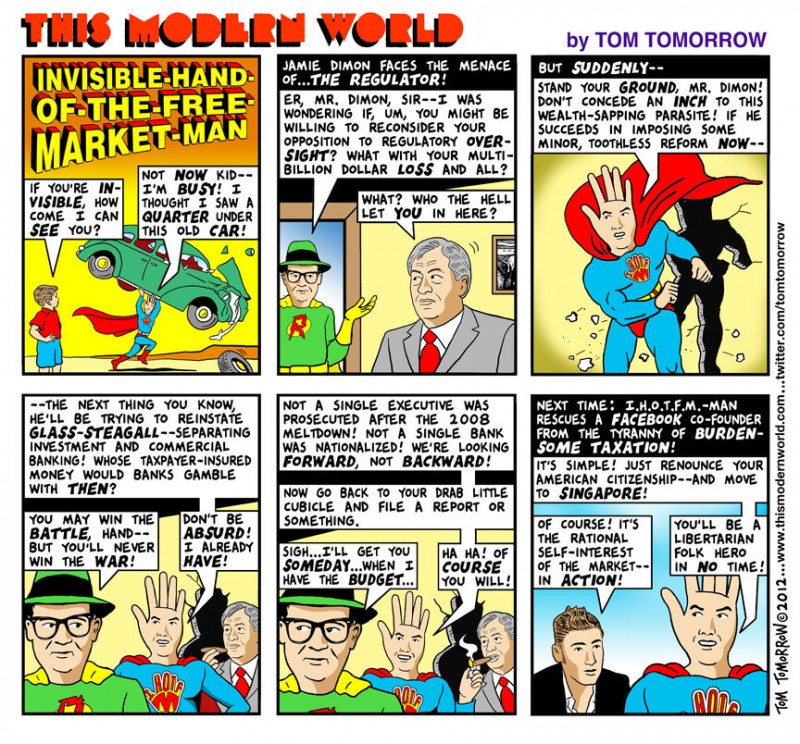 I think the problem is exactly what Tom Tomorrow points out in the first panel. The “invisible” hand of the free market should be invisible. Instead we see armies of lobbyists, tax break after tax break, an obscenely tilted playing field, investors throwing their excess money at bubble after bubble, rampant insider trading, and a vanishing middle class caused by a widening gap between the 1% and everyone else. Does anyone actually believe we have any free markets any more?

I guess we still have freedom in this country, as long as “Freedom’s just another word for nothing left to lose”.

This was written by Iron Knee. Posted on Tuesday, May 22, 2012, at 5:01 am. Filed under Irony. Tagged Free Markets. Bookmark the permalink. Follow comments here with the RSS feed. Both comments and trackbacks are currently closed.