[By misteragc, reprinted from Daily Kos. I’ve been waiting for Romney to clinch the GOP nomination before posting this.]

The Romney campaign today announced a surprise pick for Vice President – Exxon Mobil Corporation. “This is a game changing decision, that will really energize the true Republican base: Koch Industries, Haliburton, Walmart, Bechtel, Fox and Shell BP,” said a Romney spokesman. “It’s also a breakthrough for minority rights, as it’s the first time a Corporate American had appeared on the ballot. With subsidiaries in fifty eight countries and puppet regimes in six, Exxon Mobil brings to the ticket foreign policy experience focused on the only countries that matter – the ones with oil.”

When questioned by reporters about the vetting process, the spokesman said that it had been completed in a record forty eight hours by Exxon Mobil staff. Asked about the possible conflict of interest, the spokesman revealed that Exxon had been vetted by the same Exxon public servants who wrote the Cheney administration’s energy policy, so they were ideally qualified for vetting a Vice Presidential candidate.

Exxon Mobil is expected to self finance the campaign. “We would have paid for it anyway,” said their CEO, “But now we get a place on the ticket, too. I know there are some racists out there who don’t think that Corporate Americans are real Americans, or even real people, but this election will prove them wrong.”

A spokesman for the Obama campaign said they were not commenting on the constitutionality of this announcement until they had seen Exxon Mobil’s birth certificate. 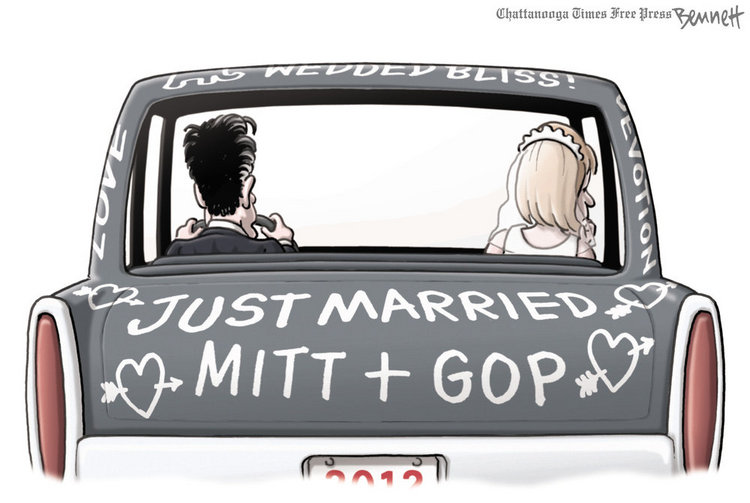 This was written by Iron Knee. Posted on Friday, June 1, 2012, at 12:05 am. Filed under Humor. Tagged Elections. Bookmark the permalink. Follow comments here with the RSS feed. Both comments and trackbacks are currently closed.