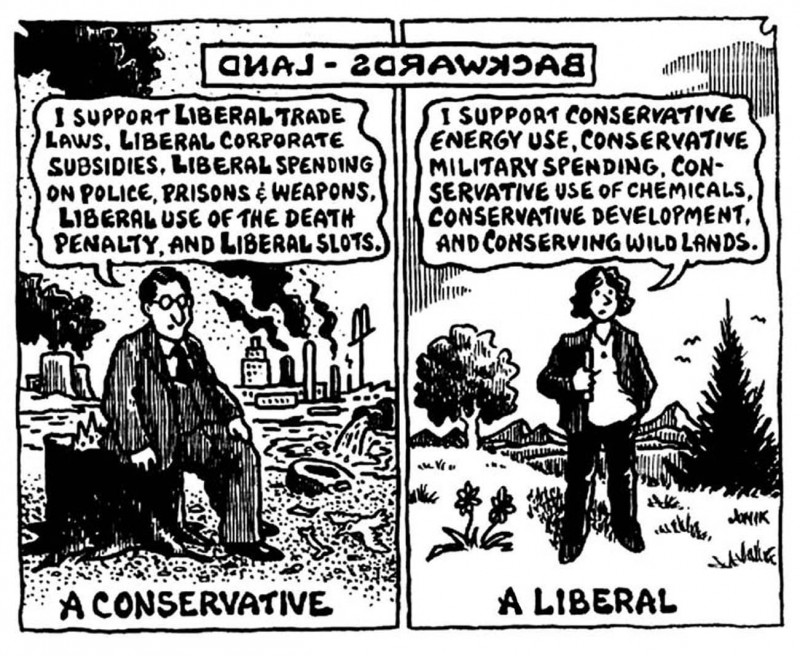 I don’t know what conservative and liberal mean any more.

But today’s Republican Party seems only interested in throwing money at the rich and destroying government. Jeb Bush recently pointed out that Reagan would have struggled with today’s GOP.

This was written by Iron Knee. Posted on Friday, June 15, 2012, at 12:48 am. Filed under Irony. Tagged Conservatives, Liberals, Republicans. Bookmark the permalink. Follow comments here with the RSS feed. Both comments and trackbacks are currently closed.