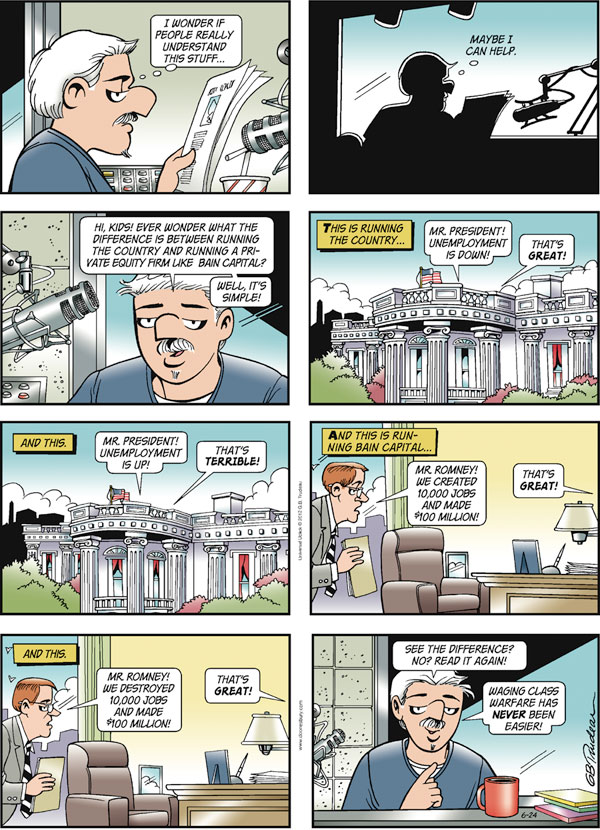 To me, the big question is: does Mitt Romney realize the difference between running Bain Capital and running the country? He got bored even running the State of Massachusetts, or maybe it just didn’t make him enough money.

This was written by Iron Knee. Posted on Monday, June 25, 2012, at 12:30 am. Filed under Humor. Tagged Elections. Bookmark the permalink. Follow comments here with the RSS feed. Both comments and trackbacks are currently closed.