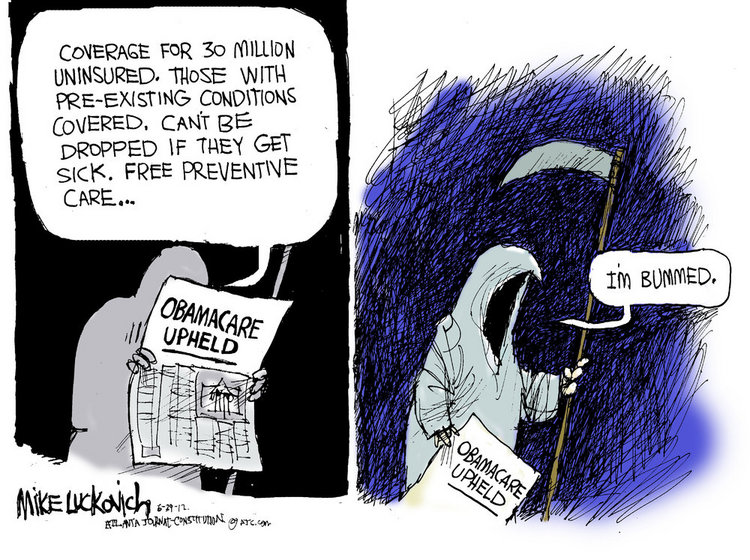 Never mind that Romney himself proposed and championed the individual mandate in Massachusetts, saying:

And now it is the one thing he doesn’t like about ObamaCare.

Even more ironically, fiscally responsible businessman Mitt Romney is going to keep everything about ObamaCare except for the one thing that pays for it. And yet he claims that he is going to reduce the deficit. Will the American people fall for this snake-oil salesman?

This was written by Iron Knee. Posted on Sunday, July 1, 2012, at 2:29 am. Filed under Hypocrisy. Tagged Health. Bookmark the permalink. Follow comments here with the RSS feed. Both comments and trackbacks are currently closed.