You may not be able to buy justice, but you can buy a few justices. One of the things overlooked in most of the reporting about the Supreme Court’s decision on ObamaCare is that the lead plantiff (and sole source of legal funds) in the case was the National Federation for Independent Businesses (NFIB), which purports to be the “nation’s leading small business association” and “the voice of small business”.

But as they say, follow the money. Where does the NFIB get its funding? According to an analysis of their IRS filings, they received more than $10 million in funding from just ten contributions (and $8.5 million of that came from just four contributions, each more than $1 million). I don’t know many small businesses who make million dollar contributions. Indeed, although non-profits are not required to reveal their contributors, we do know from other IRS filings that NFIB received a contribution of $3.7 million from Karl Rove’s Crossroads GPS in 2010, and likely a similar amount in 2011.

Compare this to how much they received in membership dues from actual small businesses — $230. I’m not kidding.

NFIB claims to represent small businesses, but a recent poll shows that half of small business owners want ObamaCare to remain intact, either as is or with minor changes, while only a third of them want it overturned.

Even more interesting is that after small business owners hear more about the law, the number of people supporting it goes up to 56%, while the number opposing it goes down to 28%. So with additional information, twice as many small businesses support ObamaCare than oppose it.

Maybe NFIB should be spending money on educating small businesses on ObamaCare, rather than on expensive legal challenges. 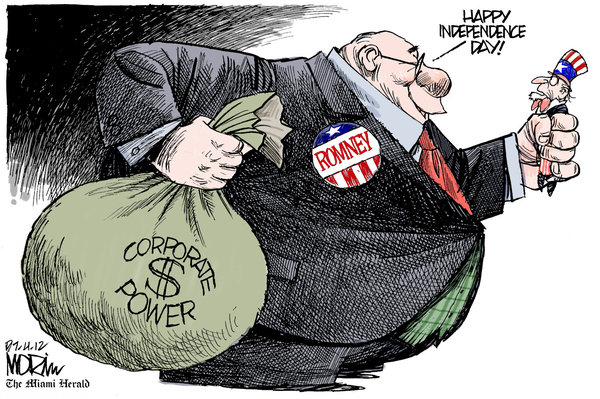 If you liked this, you might also like these related posts:
This was written by Iron Knee. Posted on Friday, July 6, 2012, at 1:01 am. Filed under Irony. Tagged Health. Bookmark the permalink. Follow comments here with the RSS feed. Both comments and trackbacks are currently closed.