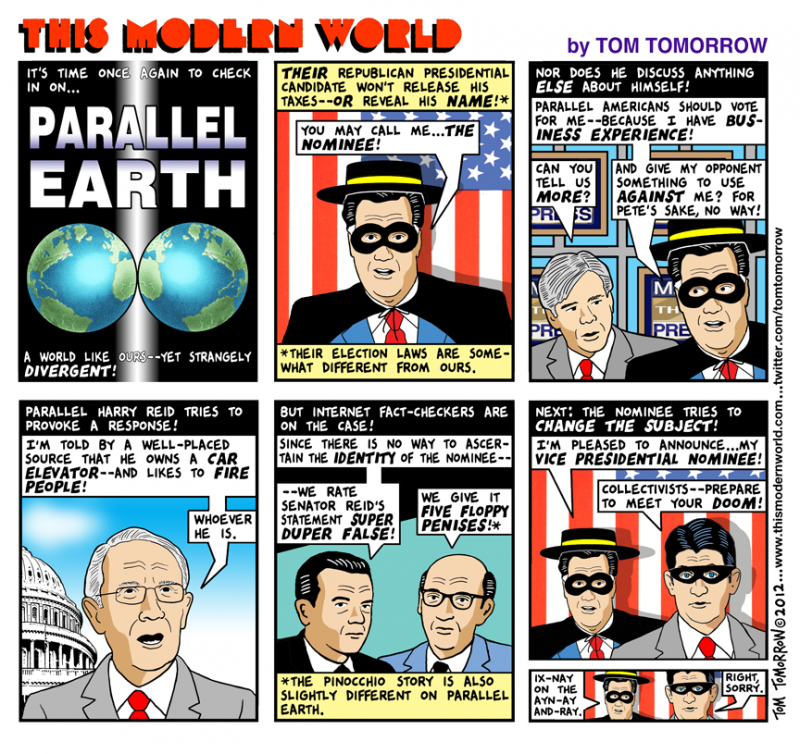 I’m really glad Tom Tomorrow did this strip. I was a bit perplexed when PolitiFact gave Harry Reid a “Pants On Fire” lie rating because they said he didn’t have any hard evidence that Mitt Romney didn’t pay any taxes for ten years. Especially since Reid explicitly said he didn’t have any hard evidence, and even said he wasn’t certain if it was true. That hardly seems worthy of pants on fire.

But I just chalked it up to the media’s continued defensiveness at being accused by the right of having a liberal bias.

If you liked this, you might also like these related posts:
This was written by Iron Knee. Posted on Tuesday, August 14, 2012, at 6:48 am. Filed under Humor. Tagged Taxes. Bookmark the permalink. Follow comments here with the RSS feed. Both comments and trackbacks are currently closed.