While out campaigning this week, Obama made repeated references to the outstanding speech given by Bill Clinton at the Democratic convention. My favorite thing Obama said about Clinton:

Has anyone else wondered if there is any good reason (legal or otherwise) why a former president couldn’t go on to become a vice president? That would be even better than “secretary of explaining stuff”.

There is plenty of precedent for a president changing vice presidents (Franklin Roosevelt switched vice presidents twice!). Don’t get me wrong, I actually like Joe Biden a lot, I’m just wondering.

Alternatively, I often think it would be cool if Hillary Clinton became Obama’s VP. Of course it is too late now, but I still wonder. Would it energize the Democratic base? Would it make the Republicans so rabid they couldn’t see straight?

Of course, there are down sides to having a Clinton on the ticket: 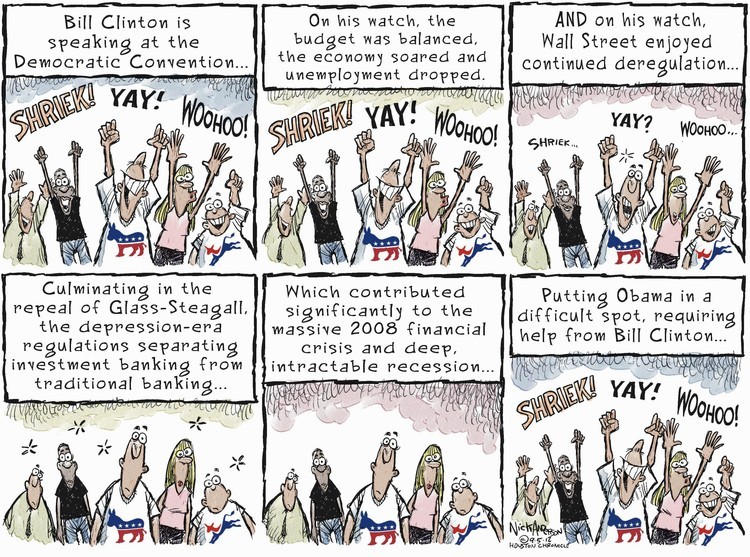 If you liked this, you might also like these related posts:
This was written by Iron Knee. Posted on Monday, September 10, 2012, at 12:02 am. Filed under Irony. Tagged Clinton, Elections, Obama. Bookmark the permalink. Follow comments here with the RSS feed. Both comments and trackbacks are currently closed.