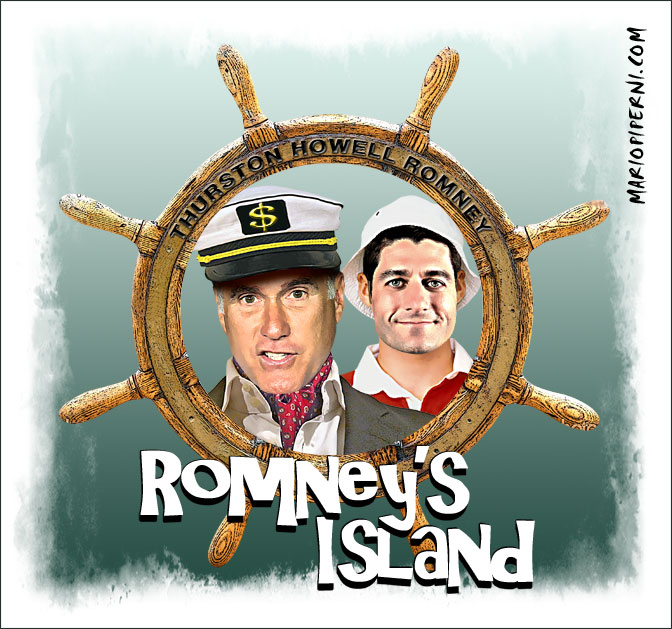 I keep thinking about something David Brooks said about Romney — “Personally, I think he’s a kind, decent man who says stupid things because he is pretending to be something he is not — some sort of cartoonish government-hater.” I think part of the reason Romney is turning out to be such a inept politician is because — even though he is clearly willing to say whatever people want him to say — the level of scrutiny that is applied to presidential candidates has made it painfully obvious to everyone that he doesn’t really believe most of the stuff he is saying, and he can’t hide that. He could get away with not believing what he was saying as a businessman, and even most of the time as a governor. Not just because the level of scrutiny was lower, but the demands required of him by today’s Republican party to toe the crazy party line is so much higher.

A key is the way Romney phrased it in the video: “My job is is not to worry about those people.” He justifies it as a job. It is a role he is playing, like an actor in a TV show. It’s not about what he himself believes. It is just a job and his boss is the Republican party. And if they believe that “All Democrats are moochers, and all moochers are Democrats” he’ll say his lines and tell them what they want to hear.

Michael Tomasky put it this way in a really interesting article:

In a way, it’s not even mostly Romney’s fault. It’s the fault of the party and movement that introduced and spread this toxic propaganda in the first place. When Romney is licking his wounds on Nov. 7, that party and movement will fire all its arrows at him. He’ll deserve a lot of them. But they will have buried him with the ignorance and rage they demanded he adopt. His chief crime will have been his weakness in failing to confront them.

Of course, Etch-a-sketch Romney would never have confronted them, which is why the right finally gave in and nominated Romney even though they definitely do not like him. Because they thought he was their tool — they could pull his strings and he would say whatever they wanted him to say. They did the same thing with Dubya.

And that’s what’s really sad. The movement conservatives are already trying to convince themselves that the reason Romney is losing is because he isn’t conservative enough. The National Review even applauded Romney’s comments in the video as the most expressly conservative thing he has said since entering the race. It is unclear if they will ever figure out that being hard-line hateful ideologues is not the solution, it is the problem. 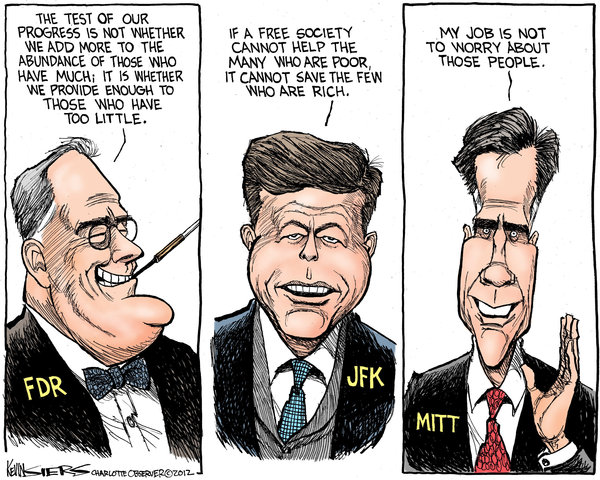 This was written by Iron Knee. Posted on Thursday, September 20, 2012, at 7:30 am. Filed under Irony. Tagged Romney. Bookmark the permalink. Follow comments here with the RSS feed. Both comments and trackbacks are currently closed.