Being Republican Means Never Having to Say You’re Sorry

But it backfired. People took this as a challenge and turned out just to show that they wouldn’t let someone take their voice away.

The result? Many people stood in line to vote for up to six hours. Others tried to vote early twice, but had to abandon both attempts due to long lines, only to wait in line another three hours on election day. People persisted, despite what could be a significant hardship for them.

So when CNN asked Detzner if he regretted doing that, how did he respond? He said “Frankly, I think the turnout is a good representation of the fact that people liked the voting hours.” 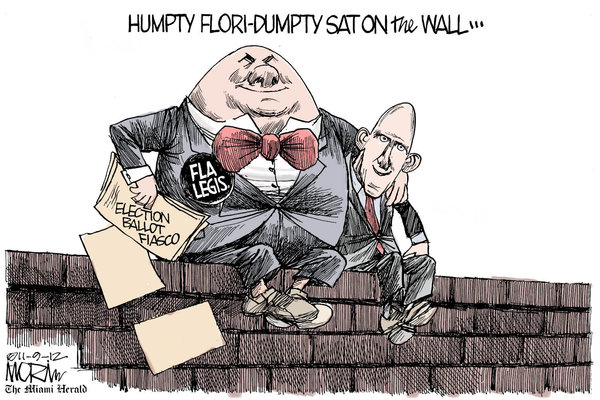 This was written by Iron Knee. Posted on Sunday, November 11, 2012, at 2:54 pm. Filed under Hypocrisy. Tagged Elections. Bookmark the permalink. Follow comments here with the RSS feed. Both comments and trackbacks are currently closed.