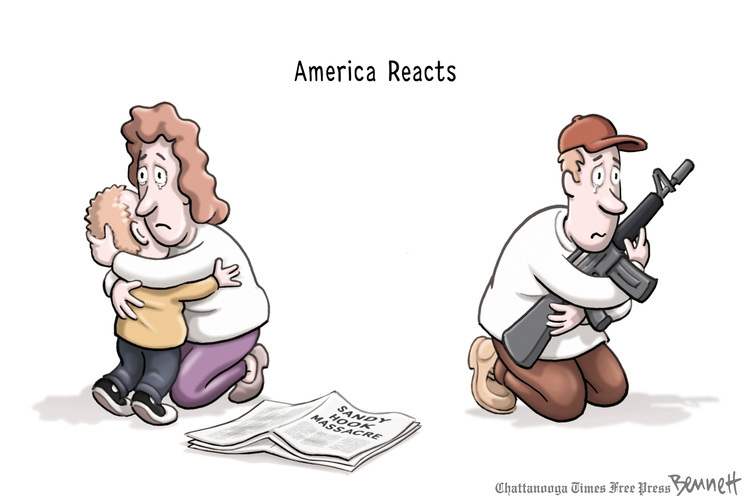 How did America react to the shootings? By buying up assault weapons in record numbers in anticipation of tougher gun laws.

This was written by Iron Knee. Posted on Thursday, December 20, 2012, at 11:28 am. Filed under Irony. Tagged Guns. Bookmark the permalink. Follow comments here with the RSS feed. Both comments and trackbacks are currently closed.