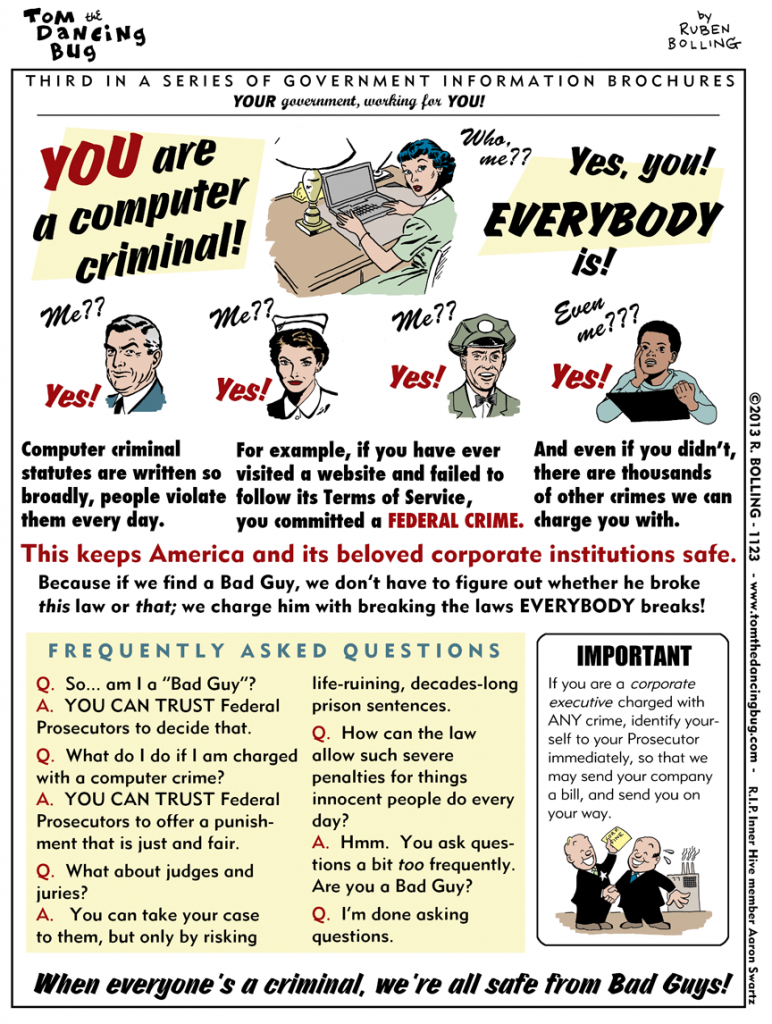 Yes it’s true, federal laws against computer crime are so vague and overreaching that pretty much everyone is guilty of violating them. Of course, these laws are invoked only when you piss someone powerful off, like Aaron Schwartz did.

I have a friend who discovered that some computers at the company where he worked as a system administrator were improperly secured. This embarrassed the VP responsible so much that he called the police. The crime? Breaking into a computer, a felony. Even though there was no intent to steal anything, damage any computers, or do anything else nefarious, he was convicted.

This was written by Iron Knee. Posted on Saturday, February 2, 2013, at 2:58 am. Filed under Irony. Tagged Law. Bookmark the permalink. Follow comments here with the RSS feed. Both comments and trackbacks are currently closed.