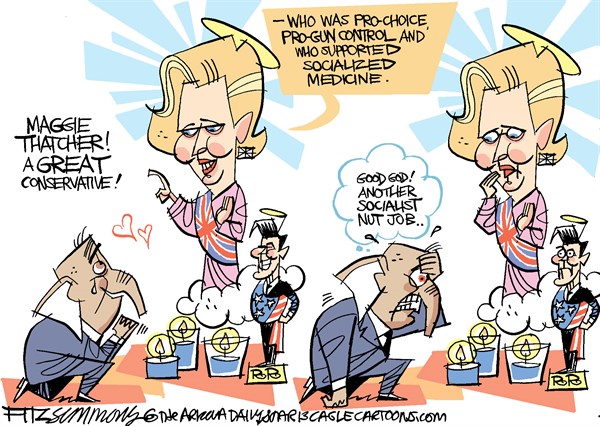 Margaret Thatcher is probably second only to Ronald Reagan as a conservative icon, but like Reagan, her views are considered socialist by today’s far-right Republican party. In fact, many of her views are similar to those of Obama. She supported and voted for abortion rights, was an advocate for Britain’s nationalized medical system (which is far more socialist than Obamacare — the doctors all work for the government), appointed gay men to her cabinet, and had a spokesman who was a professed atheist.

This was written by Iron Knee. Posted on Friday, April 12, 2013, at 12:38 am. Filed under Irony. Tagged Conservatives. Bookmark the permalink. Follow comments here with the RSS feed. Both comments and trackbacks are currently closed.