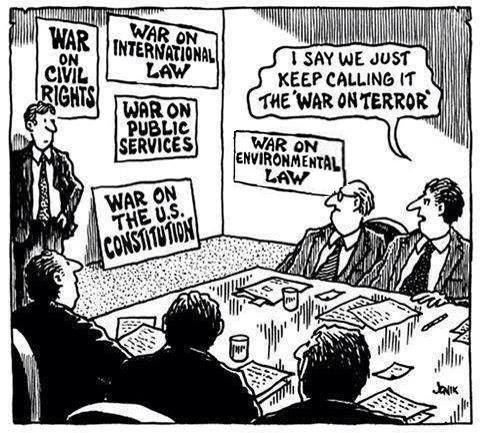 The New York Times has published a scathing editorial titled “The Criminal N.S.A.”, claiming that the spying being done on Americans by the Obama administration and the N.S.A. has gone far beyond even the overly broad surveillance authority granted by the Patriot Act and the FISA Amendments Act of 2008. What has been done in the name of the so-called “War on Terror” is in fact “criminal” and makes a “mockery” of the constitution.

Meanwhile, European officials “reacted with fury” to a report that the N.S.A. spied on European officials and diplomats by bugging their offices and infiltrating their computer networks. The President of the European Parliament said “I am deeply worried and shocked about the allegations. If the allegations prove to be true, it would be an extremely serious matter which will have a severe impact on EU-US relations. On behalf of the European Parliament, I demand full clarification and require further information speedily from the U.S. authorities with regard to these allegations.”

This was written by Iron Knee. Posted on Monday, July 1, 2013, at 12:35 am. Filed under Hypocrisy. Tagged Spying, Terrorism. Bookmark the permalink. Follow comments here with the RSS feed. Both comments and trackbacks are currently closed.