I have no idea if this is true or not, but after a Southwest Airlines flight crashed recently in New York during landing, an image is running around the innertubes, attributed to a Korean news service: 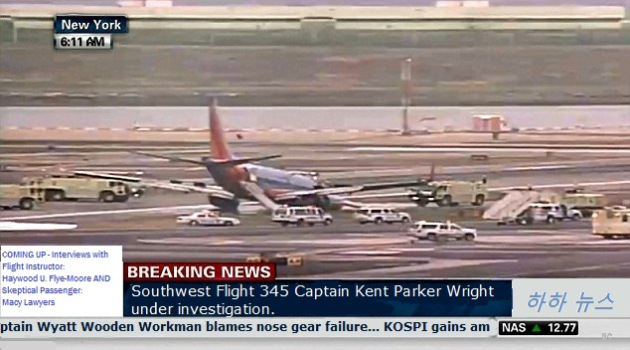 So the American pilots are “Captain Kent Parker Wright” and “Co-captain Wyatt Wooden Workman”. And they also added names like “Flight instructor Haywood U. Flye-Moore” and a disgruntled passenger “Macy Lawyers”.

This was written by Iron Knee. Posted on Monday, July 29, 2013, at 11:33 am. Filed under Humor. Tagged Racism. Bookmark the permalink. Follow comments here with the RSS feed. Both comments and trackbacks are currently closed.