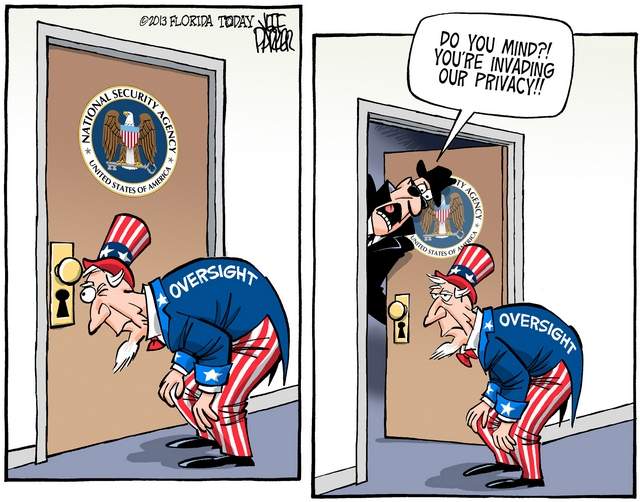 What I find really ironic about this is the news that even though Snowden was a lowly system administrator at the NSA, it was easy for him to just impersonate people with more security clearance than himself, and even give himself the clearance to download top secret information onto thumb drives. Yes, that’s right, the NSA’s network security is so weak that a contractor had no problem circumventing it. And they still have no idea what all he downloaded. I think it is pretty darn likely that just about every one of our enemies has more access to this secret information than either the American people or Congress.

This was written by Iron Knee. Posted on Thursday, August 29, 2013, at 9:39 pm. Filed under Irony. Tagged Spying. Bookmark the permalink. Follow comments here with the RSS feed. Both comments and trackbacks are currently closed.