Well, it looks like the conservatives are going to get the government shutdown they want. In fact, they are already celebrating.

Congresswoman Michele Bachmann says “We’re very excited. It’s exactly what we wanted, and we got it.” She believes that the GOP will be rewarded for standing firm in their demands. “People will be very grateful.”

The national coordinator for the Tea Party Patriots applauded Republicans “for their courage and their refusal to be cowed by the Senate and the president.”

They also refuse to learn from history. Even though House Speaker John Boehner warned his Republican colleagues about how a similar (but less severe) shutdown in the mid-1990s caused massive political damage to the Republicans, conservatives have dismissed it. Congressman Tim Huelskamp responded “He has an opinion. It’s an opinion based on experience in the last century.” 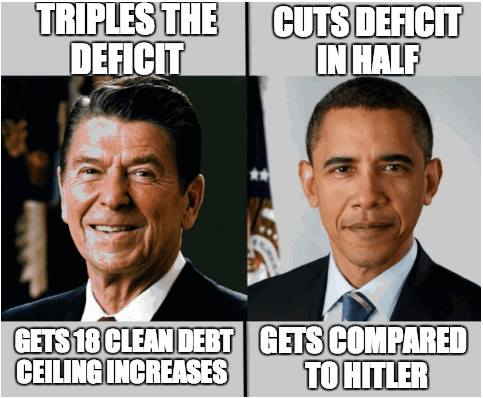 This was written by Iron Knee. Posted on Sunday, September 29, 2013, at 12:48 am. Filed under Irony. Tagged Shutdown. Bookmark the permalink. Follow comments here with the RSS feed. Both comments and trackbacks are currently closed.