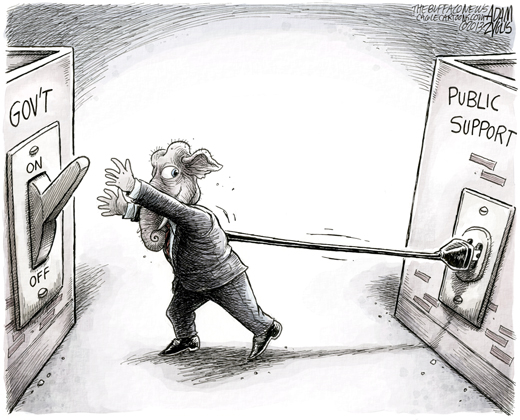 Even some Republicans are standing up to Ted Cruz and his efforts to shut down the government. Which is difficult for them, since right-wing groups have punished severely any GOP politician who dares to vote the same way as Obama (even on a health care bill that was originally a conservative idea). The Republicans have painted themselves into a corner.

This was written by Iron Knee. Posted on Tuesday, October 1, 2013, at 12:01 am. Filed under Irony. Tagged Republicans, Shutdown. Bookmark the permalink. Follow comments here with the RSS feed. Both comments and trackbacks are currently closed.