You know who else closed parks… 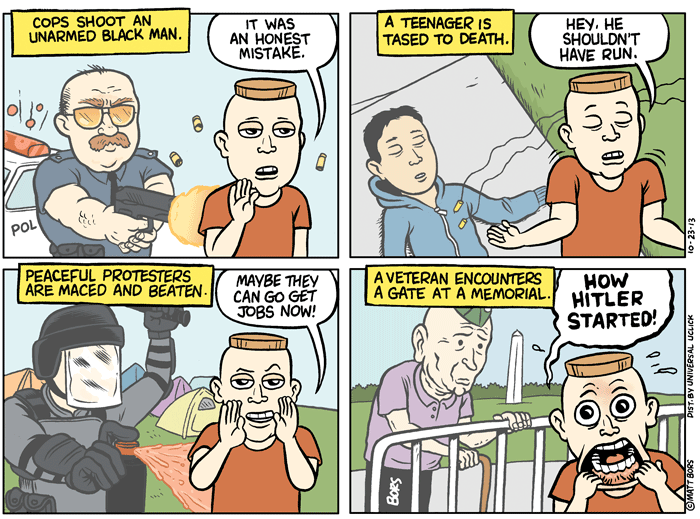 Godwin’s Law states that “As an online discussion grows longer, the probability of a comparison involving Nazis or Hitler approaches one.”

But this is an especially interesting and hypocritical example, since Conservatives were attacking Obama for closing parks — especially when war veterans were unable to go to war memorials in DC — even though the reason the memorials were closed was because those same conservatives forced a government shutdown.

This was written by Iron Knee. Posted on Friday, October 25, 2013, at 6:28 am. Filed under Hypocrisy. Tagged Shutdown. Bookmark the permalink. Follow comments here with the RSS feed. Both comments and trackbacks are currently closed.