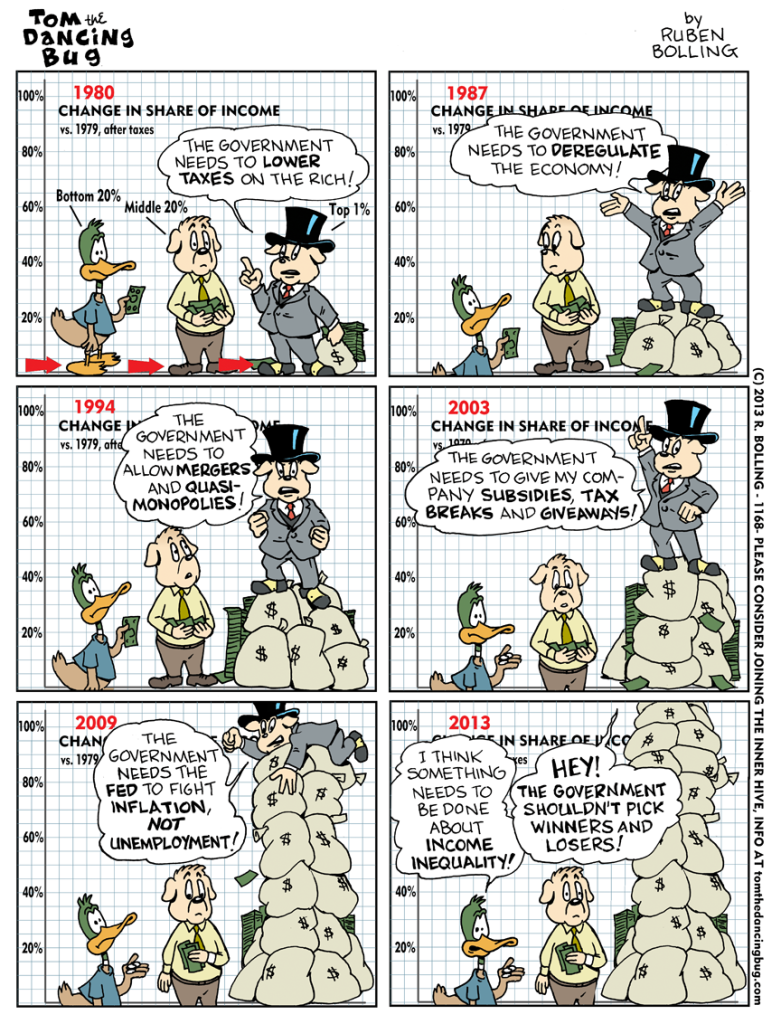 Any time I hear someone say “the government shouldn’t pick winners and losers” I have to laugh. Almost everything the government does picks winners and losers. When something becomes illegal, the people who were doing that thing become losers. When Congress gives tax breaks, the people who receive those breaks become winners. There are very few laws that don’t create (at least a few) winners or losers.

And that is the way it should be. That is what laws do.

As this comic points out, the same people who claim the government shouldn’t pick winners and losers are all for it as long as they are the winners and someone else is the loser.

UPDATE: A new study reports that income inequality is now the highest it has been since 1928. Coincidentally, do you know what happened just after 1928?

This was written by Iron Knee. Posted on Monday, December 23, 2013, at 2:08 am. Filed under Hypocrisy. Tagged Income Inequality. Bookmark the permalink. Follow comments here with the RSS feed. Both comments and trackbacks are currently closed.