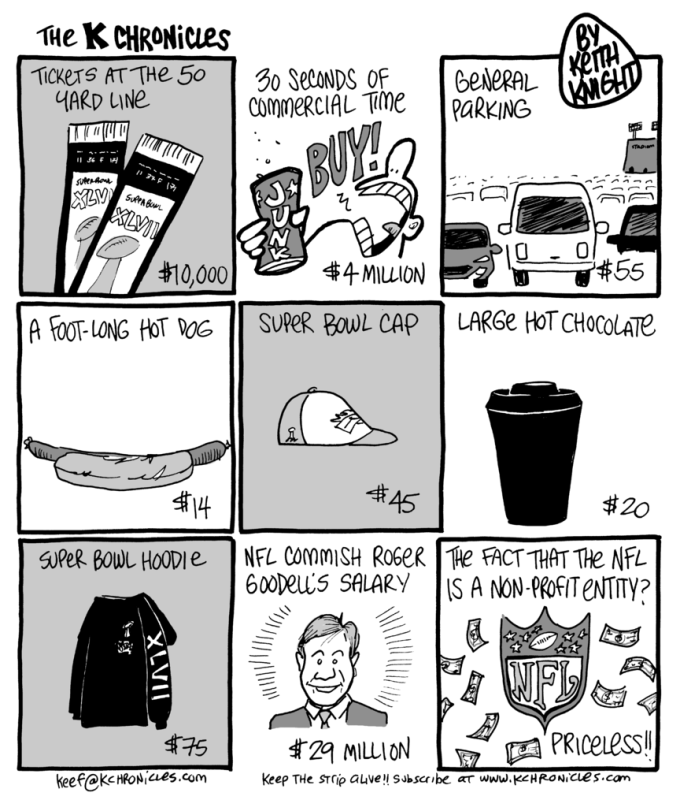 I know there are many out there who think that football is included in the Bill of Rights guarantee of freedom of religion, but seriously, why is the National Football League given a massive tax break?

In fact, some senators are trying to end the nonprofit status of the NFL, saying that it is only fair to taxpayers. Under the bill, the NFL foundation would remain tax exempt (like any charitable foundation). Only the league itself, which takes in around $180 million a year, would become taxable.

Incidentally, is the salary of the NFL commissioner — one person — really more than 16% of their entire budget? ($29 million out of $180 million)

This was written by Iron Knee. Posted on Thursday, February 6, 2014, at 12:30 am. Filed under Irony. Tagged Taxes. Bookmark the permalink. Follow comments here with the RSS feed. Both comments and trackbacks are currently closed.