What the Media is not Covering

Last week, close to 100,000 people from 32 states held a massive protest in Raleigh, NC against the “immoral and unconstitutional policies” of the state’s Republican party, which controls both legislative chambers and the governorship. Since taking over, the Republicans have eliminated social programs, raised taxes on the bottom 80%, repealed tax credits for working families, blocked Medicaid expansion, cut preschool funding, cut unemployment benefits, engaged in voter suppression, and gave the state the authority to intervene in abortion lawsuits.

Of course, you probably didn’t hear about it on your corporate controlled TV news. But here’s a funny sign from it: 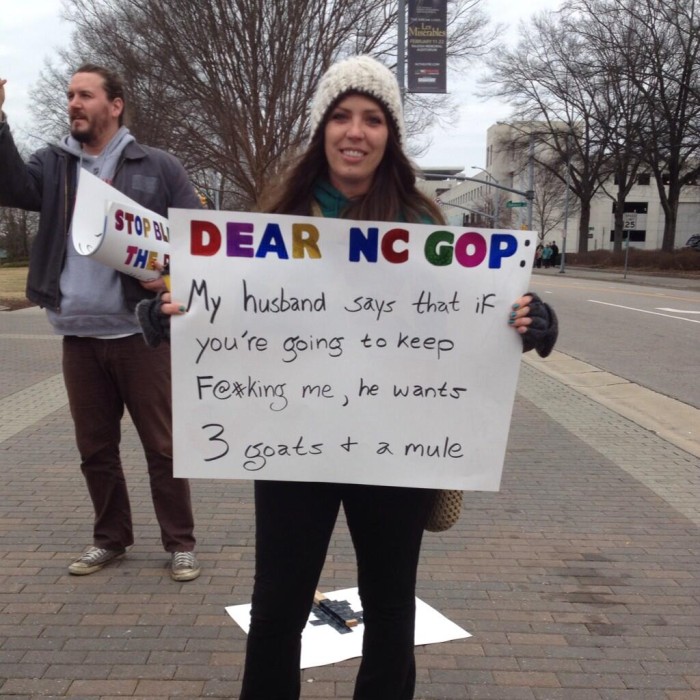 This was written by Iron Knee. Posted on Monday, February 17, 2014, at 11:13 pm. Filed under Irony. Tagged Protests. Bookmark the permalink. Follow comments here with the RSS feed. Both comments and trackbacks are currently closed.