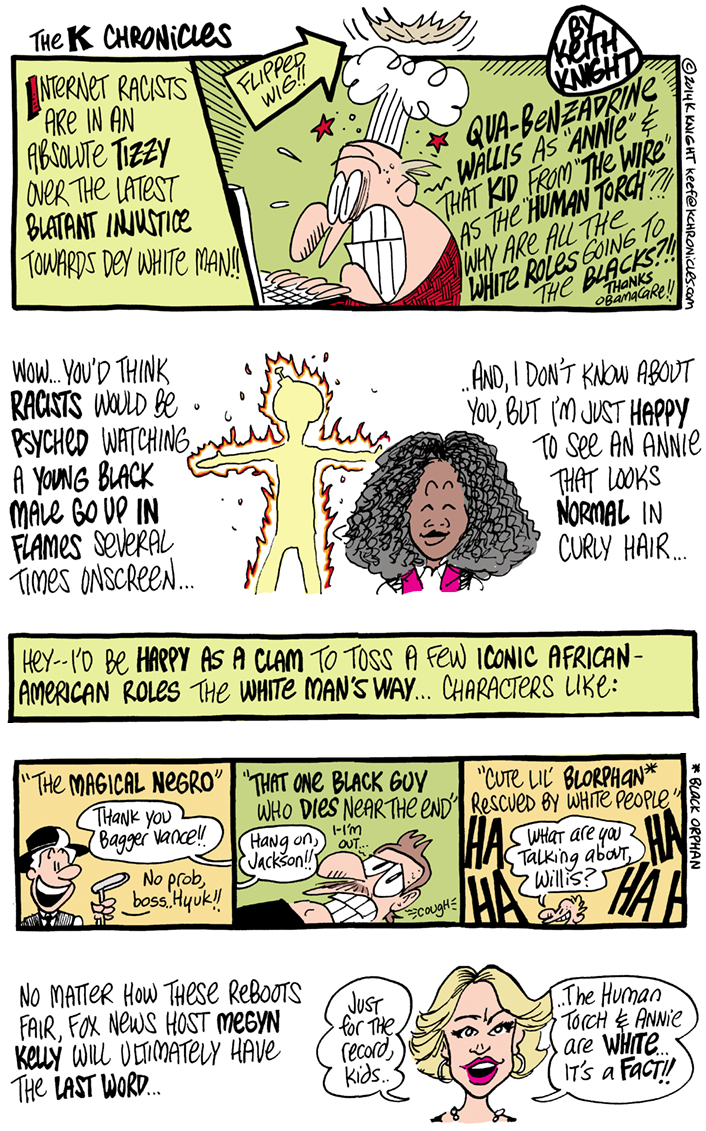 What’s the problem with movie roles being played by someone of a different race? I mean, did anyone object when Lieutenant Starbuck was morphed into a very hot woman on the BSG sequel? Or when the Klingons physically morphed on Star Trek into a different species?

Get over yourself. If you don’t like the actors in a movie or TV show, nobody is forcing you to watch it.

This was written by Iron Knee. Posted on Friday, March 21, 2014, at 3:54 am. Filed under Irony. Tagged Media, Race. Bookmark the permalink. Follow comments here with the RSS feed. Both comments and trackbacks are currently closed.