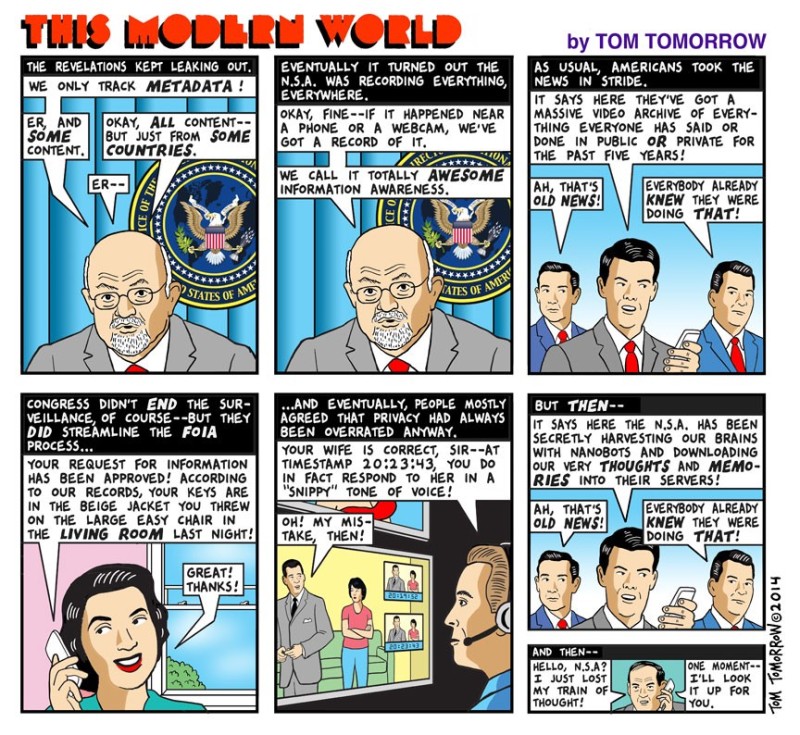 Years ago I started writing a short story called “The Invasion of Privacy”. The plot was that a scientist had figured out how to focus “gravity waves” over a distance, so you could see a (black-and-white) image of anything going on anywhere in the world. Sound worked too, by measuring the vibrations of air molecules. These ultimate spying devices were about the size and cost of a television and became just as popular, which effectively put an end to privacy for everyone.

Little did I know that it was prescient. Well, except only for the NSA. Sigh.

This was written by Iron Knee. Posted on Friday, March 28, 2014, at 12:37 am. Filed under Humor. Tagged Spying. Bookmark the permalink. Follow comments here with the RSS feed. Both comments and trackbacks are currently closed.