There is a rather unusual poll out from Gallup. In the poll, they asked residents of all 50 states to rate their own state as the best place to live. Thus, the survey was not based on objective measures like crime rates or cost of living, but was completely subjective. Or put another way, the poll measures state pride.

Here are the results. The numbers show the percentage of state residents who say that their state is either the best, or one of the best possible to live in: 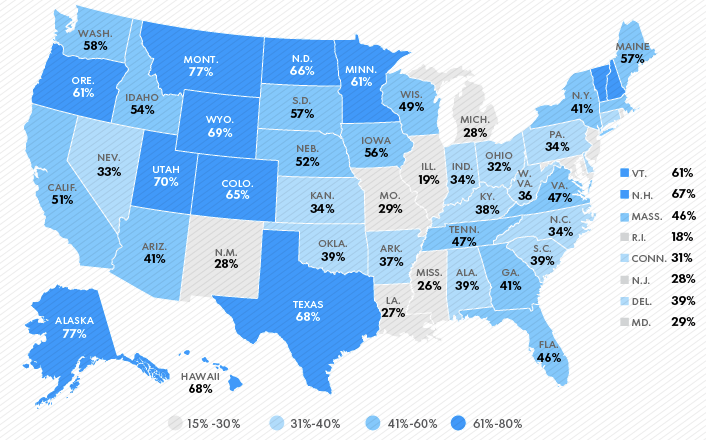 This was written by Iron Knee. Posted on Wednesday, April 30, 2014, at 12:23 am. Filed under Irony. Bookmark the permalink. Follow comments here with the RSS feed. Both comments and trackbacks are currently closed.