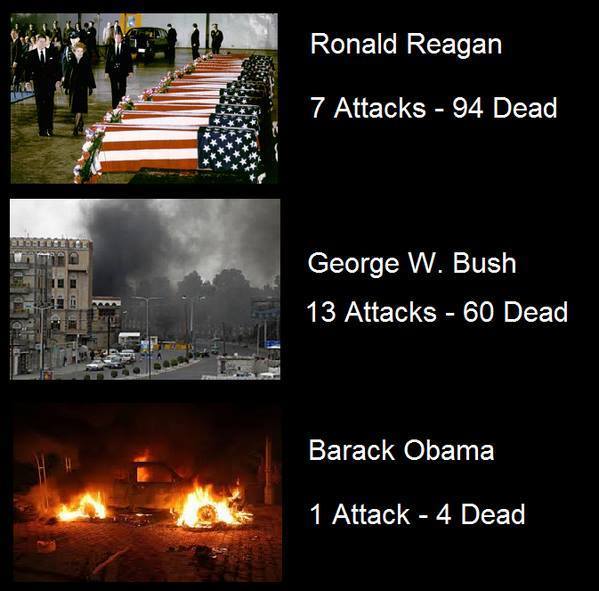 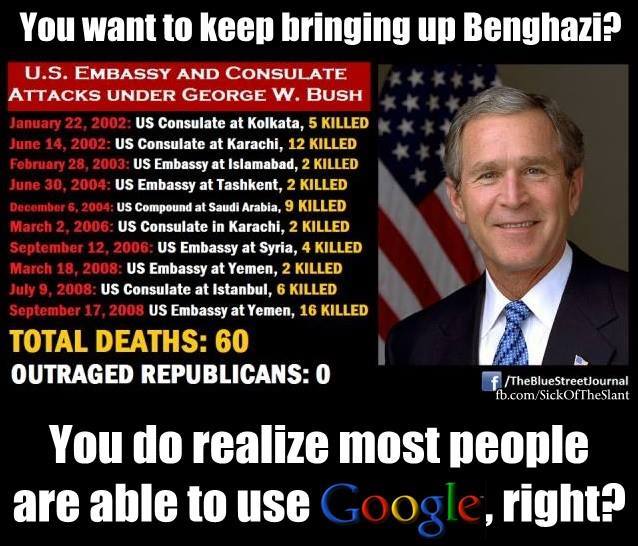 I think what we’re going to hear is that we didn’t meet the basic, minimum standards required for a facility such as the one we had in Benghazi. And the request for more security personnel went unheeded, unanswered, and consequently, you know, you have the death of four Americans. We [have to] make sure that that doesn’t happen again in Libya. But we also [have to] make sure it doesn’t happen in other places around the world…. We [have to] get at the truth, but thus far it’s been a slippery attempt to try to get the truth because the White House and the Obama administration’s been very slow in giving us the facts.

Later, in the very same interview, he is asked “Is it true that you voted to cut the funding for embassy security?” Chaffetz responds:

Absolutely. Look we have to make priorities and choices in this country. We have… 15,0000 contractors in Iraq. We have more than 6,000 contractors, a private army there, for President Obama, in Baghdad. And we’re talking about can we get two dozen or so people into Libya to help protect our forces. When you’re in touch economic times, you have to make difficult choices. You have to prioritize things.

This was written by Iron Knee. Posted on Friday, May 9, 2014, at 12:26 am. Filed under Hypocrisy. Tagged Republicans. Bookmark the permalink. Follow comments here with the RSS feed. Both comments and trackbacks are currently closed.