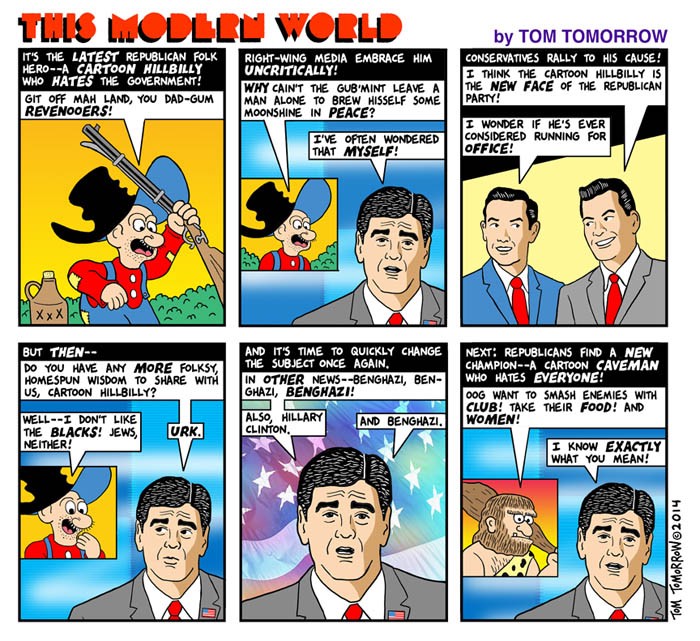 Besides making fun of Sean Hannity and his brief bromance with Cliven Bundy, one has to wonder at the people that conservatives, Republicans, and Fox News promote as shining examples of America. I mean, Sarah Palin was bad enough (and made even worse by actually picking her to run for vice president), and then there was Joe the Plumber (who was neither named Joe nor a plumber). And now a publicity-seaking rancher who mooches off the government, talks about a violent range war, and turns out to be a blatant racist.

This was written by Iron Knee. Posted on Friday, May 16, 2014, at 12:35 am. Filed under Irony. Tagged Republicans. Bookmark the permalink. Follow comments here with the RSS feed. Both comments and trackbacks are currently closed.