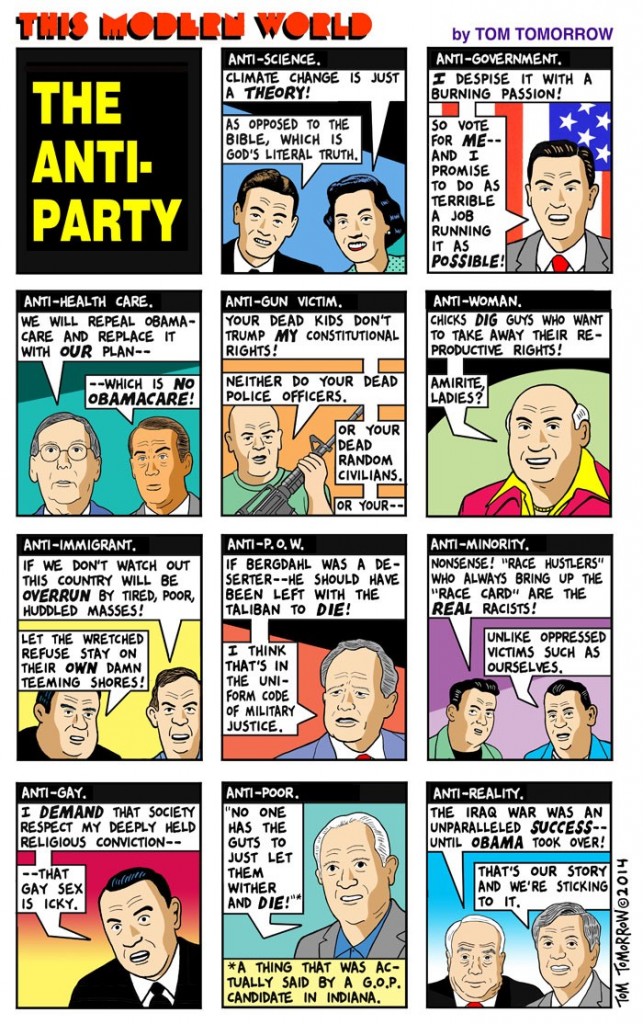 Yes, a Republican candidate for the Indiana state legislature really did say that, although he quickly backtracked after he hit the national news with his stupidity.

However, and almost unbelievably, Glenn Beck said the following on his radio show today:

From the beginning, most people on the left were against going into Iraq. I wasn’t. … Liberals, you were right. We shouldn’t have.

This was written by Iron Knee. Posted on Wednesday, June 18, 2014, at 12:30 am. Filed under Irony. Tagged Iraq, Republicans. Bookmark the permalink. Follow comments here with the RSS feed. Both comments and trackbacks are currently closed.