In a Just World 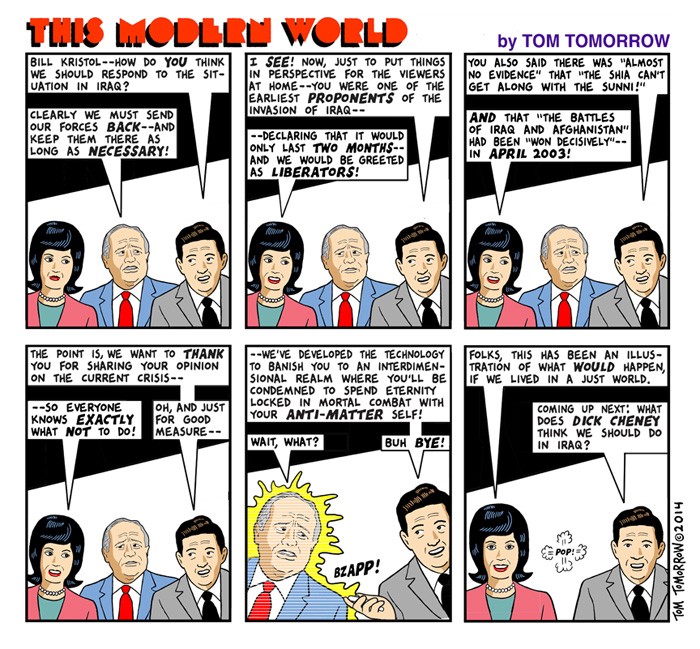 I know that in the world of 24 hour news, this is becoming old. But I couldn’t resist throwing this in. After all, it is not just Cheney who is still claiming that going into Iraq was a good idea and that the current violence is all Obama’s fault: 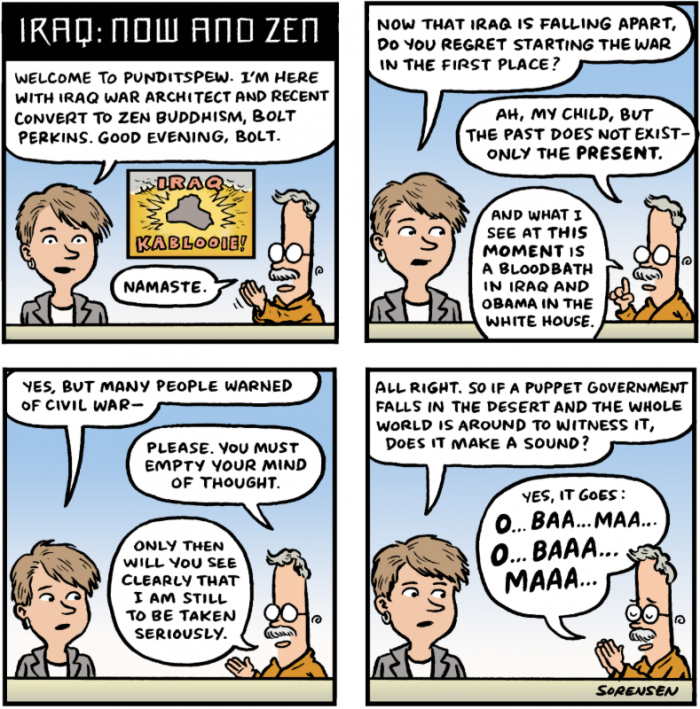 But the real reason I’m posting this is to get you to go read this interesting article that presents evidence that the current violence in Iraq is actually by design! In fact, splintering various Arab countries and getting Islamic factions to fight against each other was the plan, which was promoted by hawkish neo-cons including Paul Wolfowitz, Richard Perle, John Bolton, and even Dick Cheney, and by hawks in Israel as a way to keep their enemies weak.

If you liked this, you might also like these related posts:
This was written by Iron Knee. Posted on Monday, June 30, 2014, at 12:30 am. Filed under Irony. Tagged Iraq, neocons, War. Bookmark the permalink. Follow comments here with the RSS feed. Both comments and trackbacks are currently closed.