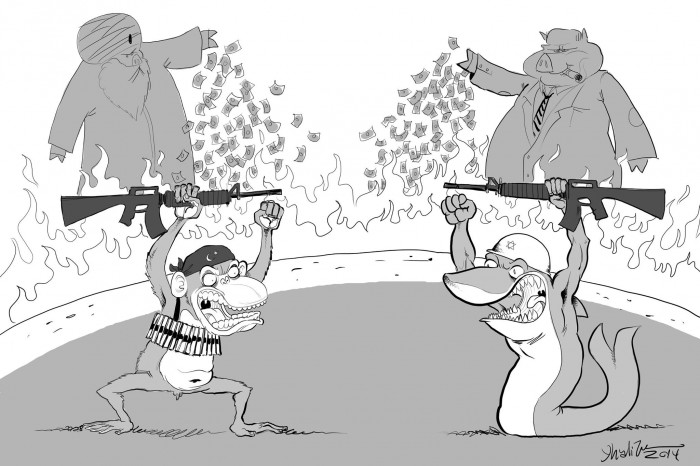 Someone I don’t know sent me this comic that she had drawn. It is not only quite good, but came at a time when I’ve been having conversations with various people about what is going on in the Middle East (mostly Gaza, Israel, Syria, Iraq, and Iran). About the only thing we all agree on is that we don’t see the problems resolving themselves any time soon. Any time a local problem becomes a focus of global interests, it is difficult to resolve on any level. Throw in religious fervor and it becomes almost impossible.

But I still have hope. After all, For a long time there was an eerily similar situation in Northern Ireland. Many thought that would never be resolved, but it did happen. I hope something similar can happen in the Middle East.

This was written by Iron Knee. Posted on Sunday, July 27, 2014, at 12:30 am. Filed under Irony. Tagged Middle East. Bookmark the permalink. Follow comments here with the RSS feed. Both comments and trackbacks are currently closed.