The Climate of the Election

And yet, yesterday’s election just made Oklahoma Senator James Inhofe the chair of the Senate Environment committee. In 2012, Inhofe published a book titled “The Greatest Hoax: How the Global Warming Conspiracy Threatens Your Future”. The same year, he refuted climate change science by citing the Bible:

The Genesis 8:22 that I use in there is that “as long as the earth remains there will be seed time and harvest, cold and heat, winter and summer, day and night.” My point is, God’s still up there. The arrogance of people to think that we, human beings, would be able to change what He is doing in the climate is to me outrageous.

He has also claimed that even if it did exist, climate change would not be a bad thing – “it appears that just the opposite is true: that increases in global temperature may have a beneficial effect on how we live our lives.”

Yup, we just made a wing-nut climate denier the most powerful man in Congress on the environment. And that’s not the only bad news – the new chairman of the Commerce, Science and Transportation committee is likely to be Ted Cruz, another climate skeptic. He was also the public face of last year’s government shutdown. 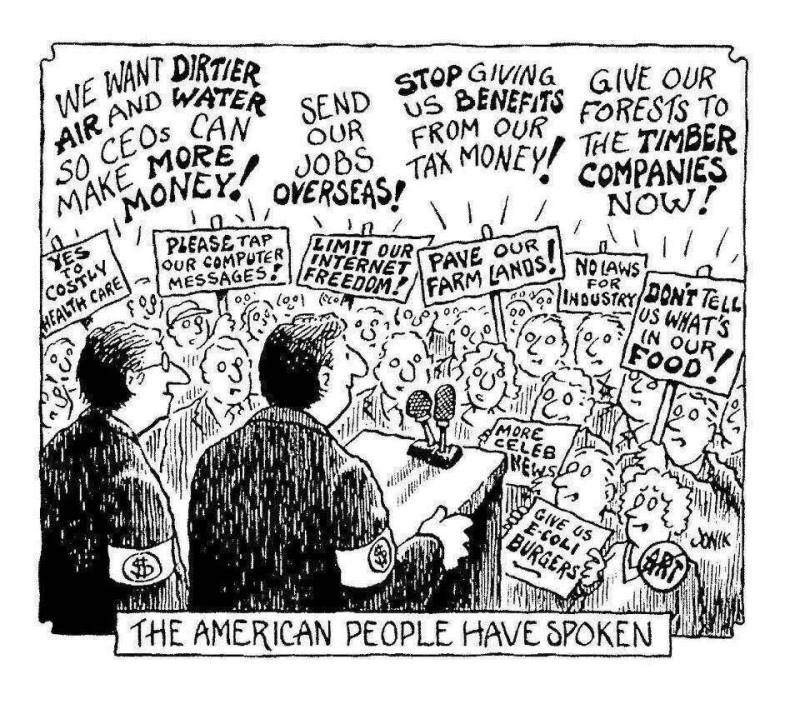 UPDATE: More about this from Stephen Colbert:

This was written by Iron Knee. Posted on Thursday, November 6, 2014, at 12:36 am. Filed under Irony. Tagged Climate, Elections. Bookmark the permalink. Follow comments here with the RSS feed. Both comments and trackbacks are currently closed.