How to be Safe 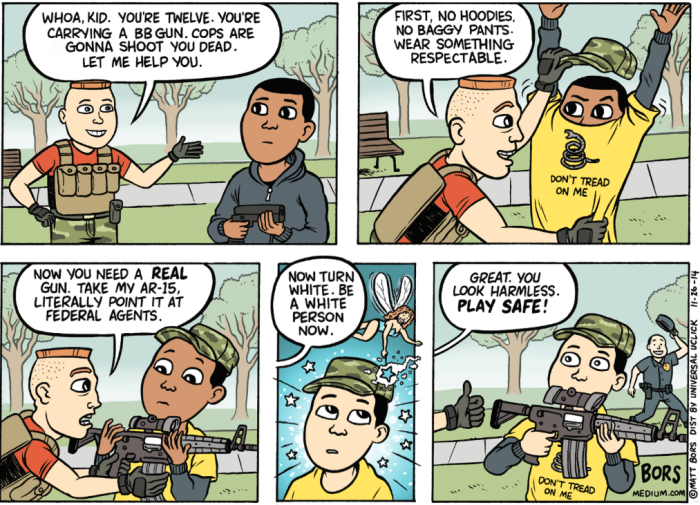 The main thing I don’t understand about the whole mess in Ferguson (despite lots of weird things that happened) is why did the black community decide that this was the straw to break the camel’s back?

I think that blacks have plenty to be angry about concerning how they are treated by law enforcement in general. Wouldn’t it have been better for the last straw to have been something like the case this comic references — a twelve year old boy shot dead because he had a toy gun, even though the person who reported it to the police said that the gun was probably fake. Or any of thousands of cases like it?

This was written by Iron Knee. Posted on Wednesday, November 26, 2014, at 10:55 am. Filed under Irony. Tagged Police, Racism. Bookmark the permalink. Follow comments here with the RSS feed. Both comments and trackbacks are currently closed.