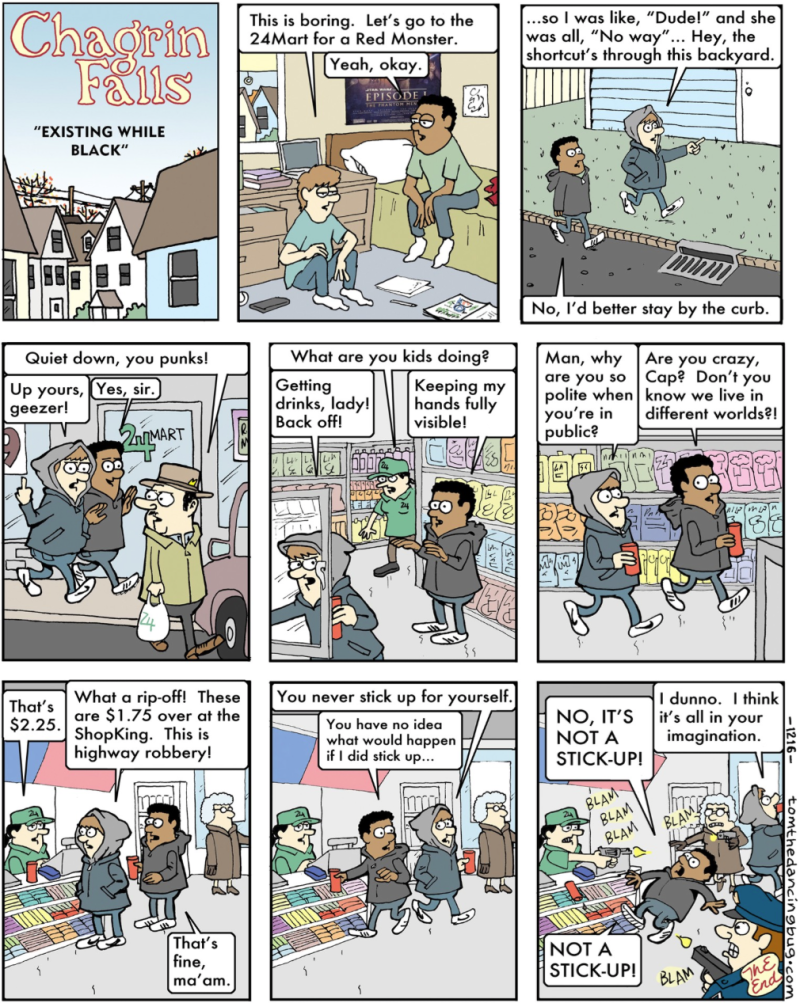 While this comic might take some liberties for comic effect, it is scary how many people view behaviors far differently depending on the skin color of the person doing the behavior. Even people who aren’t particularly racist. For example, if you saw a black person carrying a hunting rifle around in an urban environment, would it make you more concerned that if a white person was doing the same thing?

Heck, even the NRA supported gun control (and even wrote some of the federal gun control laws) when the Black Panthers started packing.

This was written by Iron Knee. Posted on Tuesday, December 9, 2014, at 12:30 am. Filed under Irony. Tagged Guns, Racism. Bookmark the permalink. Follow comments here with the RSS feed. Both comments and trackbacks are currently closed.