Close to the End? 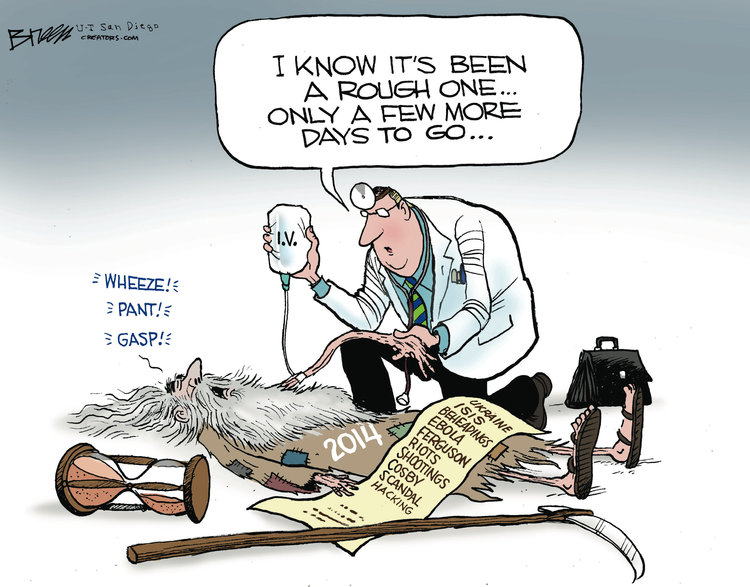 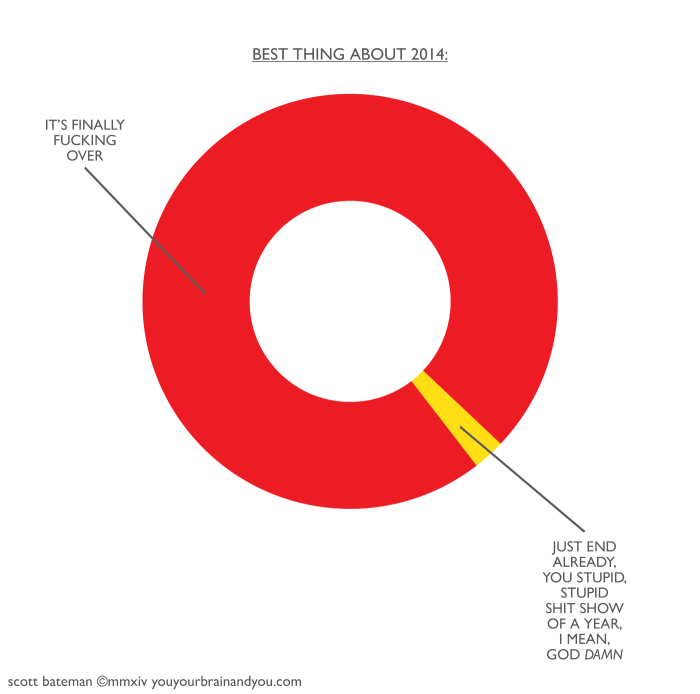 I’ve been seeing a number of comics like these lately, expressing the opinion that 2014 just totally sucked. Really? Personally, as far as I can tell most of the really bad news was completely overhyped by the media with the express purpose of scaring you into reading their websites and watching their TV “news” shows (the Ebola scare being a prime example).

By most metrics, things are going pretty well. The economy improved dramatically, healthcare is working much better, crime is down, we have fewer wars, people are accepting that climate change is real (despite massive denier propaganda to the contrary) and starting to do something about it, California is getting a little much-needed water, the price of gas is the lowest it has been in a long while, Michele Bachmann is retiring from Congress, we are finally normalizing relations with Cuba, and ten times more Americans died from lightning strikes than from Ebola. Sure, there are a few exceptions to the good news (the continued disintegration of the media being one of them).

But it is not hard to find good news if you look for it (even though you may have to dig a little). Like this fantastic message from the police chief of Nashville Tenn., responding to a letter of “frustration and outrage” over the protests.

This was written by Iron Knee. Posted on Tuesday, December 30, 2014, at 12:36 am. Filed under Humor. Tagged Racism. Bookmark the permalink. Follow comments here with the RSS feed. Both comments and trackbacks are currently closed.