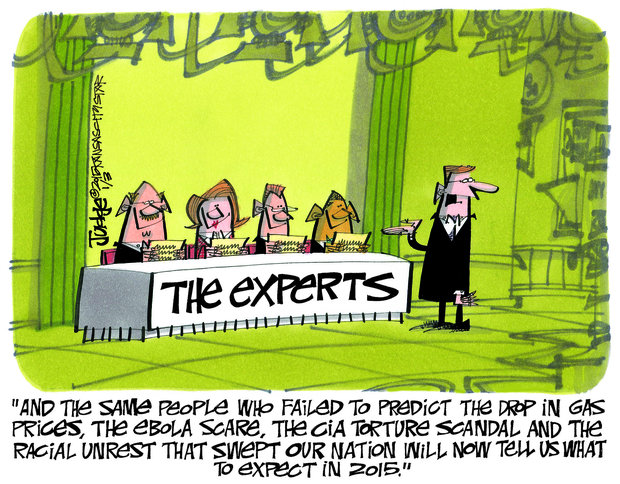 I’ve made my fair share of bad predictions, but at least I try to admit it when I’m wrong.

But some people seem to make a career out of being constantly wrong. Take Grover Norquist (please!), who has announced (without irony) that he “would like Republicans to shut up about how bad the economy is, and instead take credit for the recovery.” That’s right, the man who is most known for demanding fealty to his pledge to never, ever raise taxes wants the GOP to brag that the Bush tax cuts are responsible for the recovering economy. Never mind that it is largely the Bush tax cuts that we are recovering from. And never mind that 98 percent of economists believe that the recovery is due to the economic stimulus act passed in 2009.

Norquist isn’t the only one. Art Laffer (he of the “Laffer Curve” and trickle-down economics) went on Fox News last Friday and claimed that the only reason the economy is improving at all is because we ran out of stimulus money. Plus the standard GOP talking point that Obama’s recovery actually sucks compared to Reagan’s recovery (actually, it doesn’t).

If you liked this, you might also like these related posts:
This was written by Iron Knee. Posted on Monday, January 5, 2015, at 12:30 am. Filed under Irony. Tagged Economy, Republicans, Taxes. Bookmark the permalink. Follow comments here with the RSS feed. Both comments and trackbacks are currently closed.