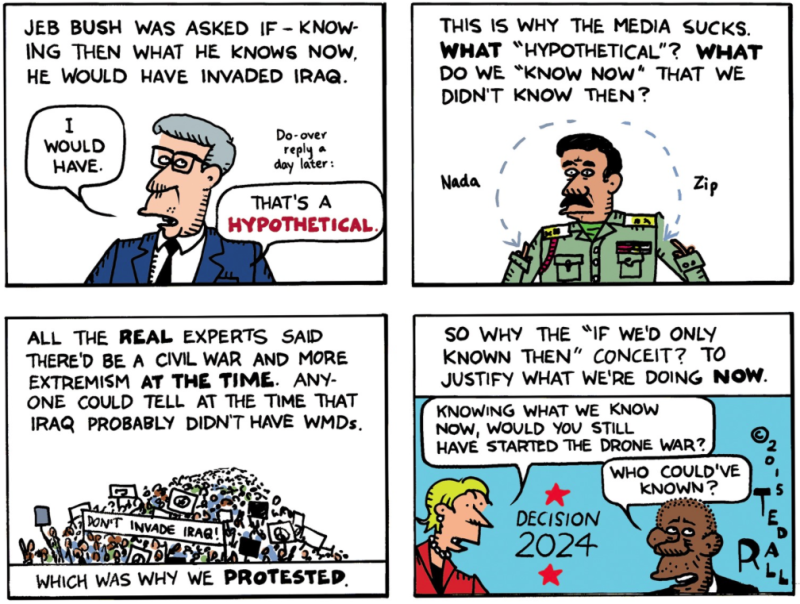 Yes, Jeb Bush really did say that he still would have invaded Iraq, even knowing everything we know now. Personally, I think that that is so incredibly stupid that it should automatically disqualify him from being president.

It also makes him blaming Obama for creating the mess in Iraq even that much more hypocritical. If you refuse to learn from the past, you are doomed to repeat it. His father invaded Iraq (although he didn’t go far), as did his older brother. Is he so willfully ignorant that he will follow in their footsteps?

UPDATE: Obama responds: “One of the central flaws I think of the decision back in 2003 was the sense that if we simply went in and deposed a dictator, or simply went in and cleared out the bad guys, that somehow peace and prosperity would automatically emerge, and that lesson we should have learned a long time ago.”

This was written by Iron Knee. Posted on Tuesday, May 19, 2015, at 12:30 am. Filed under Hypocrisy. Tagged Middle East, War. Bookmark the permalink. Follow comments here with the RSS feed. Both comments and trackbacks are currently closed.