Rupert Murdoch has purchased a majority stake in National Geographic. Not just the magazine, but their television, books, maps, and other media assets. And the former non-profit (for 127 years!) will now be a regular for-profit company. One has to ask, why would the owner of Fox News (and a well-known climate change denier) throw $725 million at National Geographic?

Once upon a time we had laws and regulations that limited media consolidation. The idea was that a vibrant media required that we have a range of voices to listen to. But those days are over. The “Big Six” (Comcast, Disney, Murdoch’s News Corporation, Time Warner, Viacom, and CBS) now control 90% of the media in America. 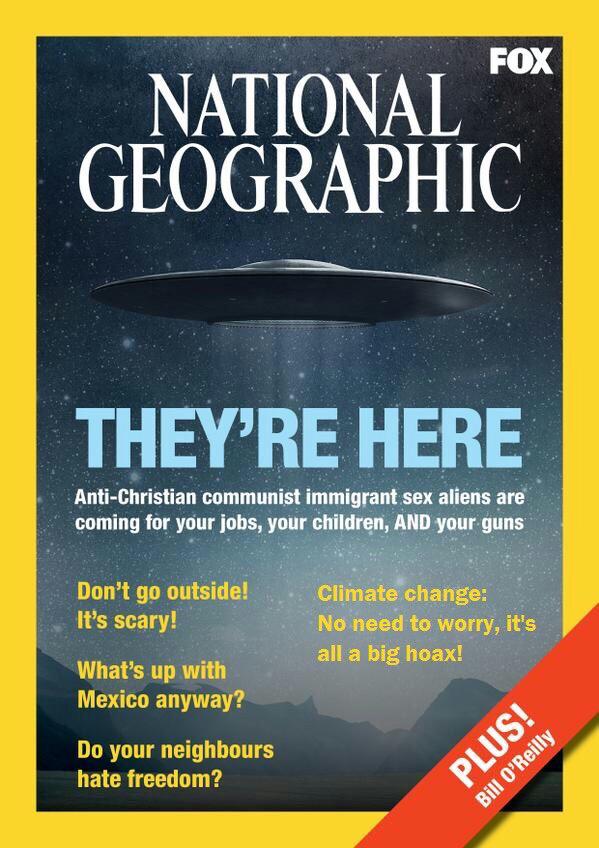 This was written by Iron Knee. Posted on Monday, September 21, 2015, at 12:30 am. Filed under Irony. Tagged Environment, Media. Bookmark the permalink. Follow comments here with the RSS feed. Both comments and trackbacks are currently closed.