Just over a week ago Congress held a hearing on Planned Parenthood to build the case for defunding them based on a series of “sting videos” produced by a pro-life group. Republican Jason Chaffetz showed the following chart, which seems to be making the point that Planned Parenthood is increasingly providing abortions while decreasing other services: 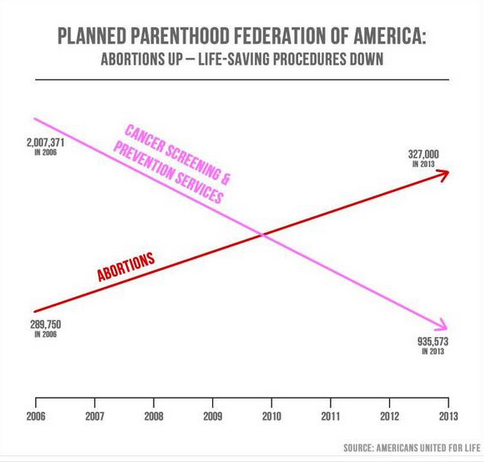 But this chart is extremely misleading and dishonest in several ways. First, if you look carefully at the actual numbers, you can see that the chart was drawn all wrong. For example, if you look at the numbers for 2013, you might notice that they drew 327,000 above 935,573. That is not how you are supposed to draw a chart! 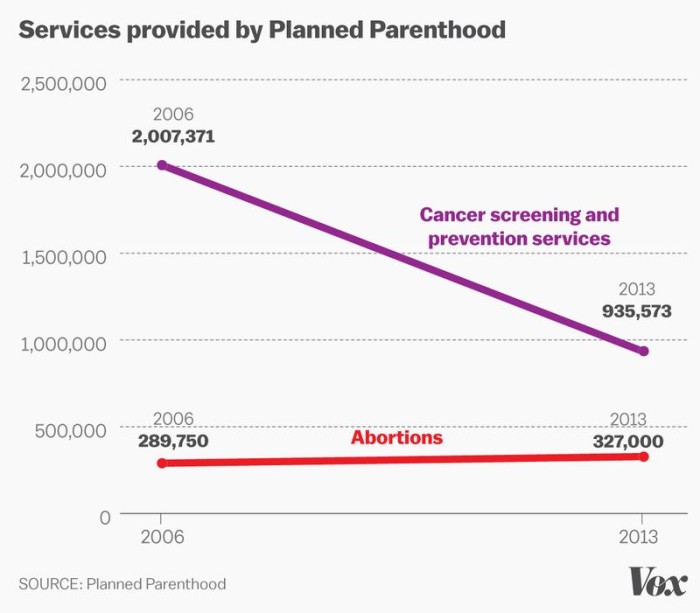 But the chart is also misleading in a second, more insidious way – they cherry picked data. For example, back in 2006 Planned Parenthood also provided 3 million treatments for sexually transmitted diseases, and that number went up to just under 4.5 million in 2013. But they left that data off the chart.

This is what the chart should really look like, showing abortion services almost down in the noise: 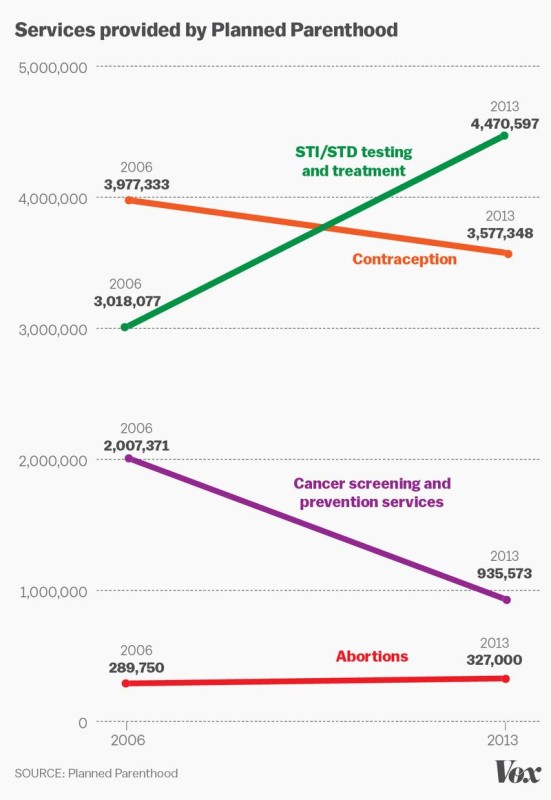 projects that defunding Planned Parenthood would actually end up increasing government spending, because it would result in more unplanned births as women lost access to services such as contraception. Medicaid would have to pay for some of those births, and some of the children themselves would then end up qualifying for Medicaid and other government programs.

So we either get more unwanted births or more abortions. Both would be bad news. 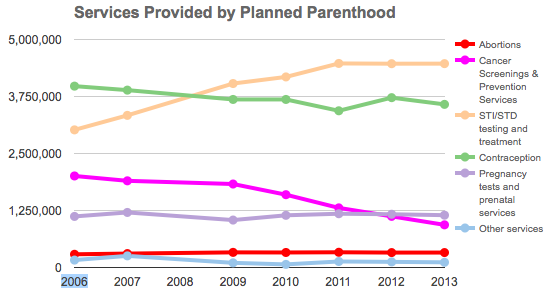 Here’s a simplified version of this chart, corresponding directly to Chaffetz’s chart. Abortions actually peaked in 2009 and are now going down, not up as Chaffetz strongly implies: 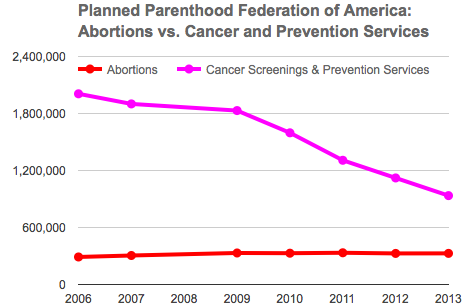 PolitiFact also points out that the reason cancer screenings are decreasing is most likely due to the fact that the guideline for getting a Pap Smear (the screening test for cervical cancer) changed from every year to once every 3 to 5 years. And yet this, the most declining test, is the statistic they picked to compare to abortions.

The best part of the PolitiFact review are the quotes from experts on visual communication:

“That graphic is a damn lie. Regardless of whatever people think of this issue, this distortion is ethically wrong.”

“The graph is absolutely misleading, and intentionally so.” For example, the “propagandized design choices” in the arrowheads used by Chaffetz, which imply a trend that simply does not exist.

This was written by Iron Knee. Posted on Thursday, October 8, 2015, at 12:30 am. Filed under Irony. Tagged Abortion, Planned Parenthood. Bookmark the permalink. Follow comments here with the RSS feed. Both comments and trackbacks are currently closed.