Barack Obama made fun of the Republican candidates for president, saying that these would-be tough guys can’t even handle a bunch of CNBC moderators. During a fundraiser, Obama said:

Have you noticed that every one of these candidates says, ‘Obama’s weak. Putin’s kicking sand in his face. When I talk to Putin, he’s going to straighten out’? And then it turns out they can’t handle a bunch of CNBC moderators at a debate. I mean, let me tell you, if you can’t handle those guys, you know, then I don’t think the Chinese and the Russians are going to be too worried about you. 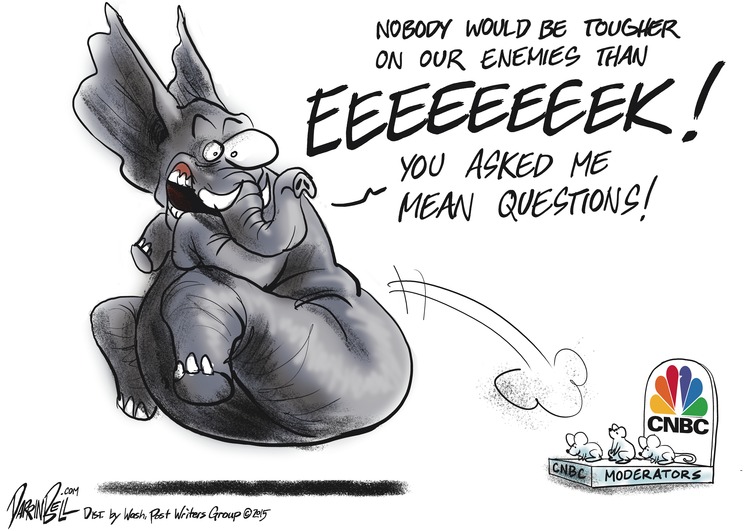 This was written by Iron Knee. Posted on Wednesday, November 4, 2015, at 12:30 am. Filed under Irony. Tagged Debates, Election. Bookmark the permalink. Follow comments here with the RSS feed. Both comments and trackbacks are currently closed.