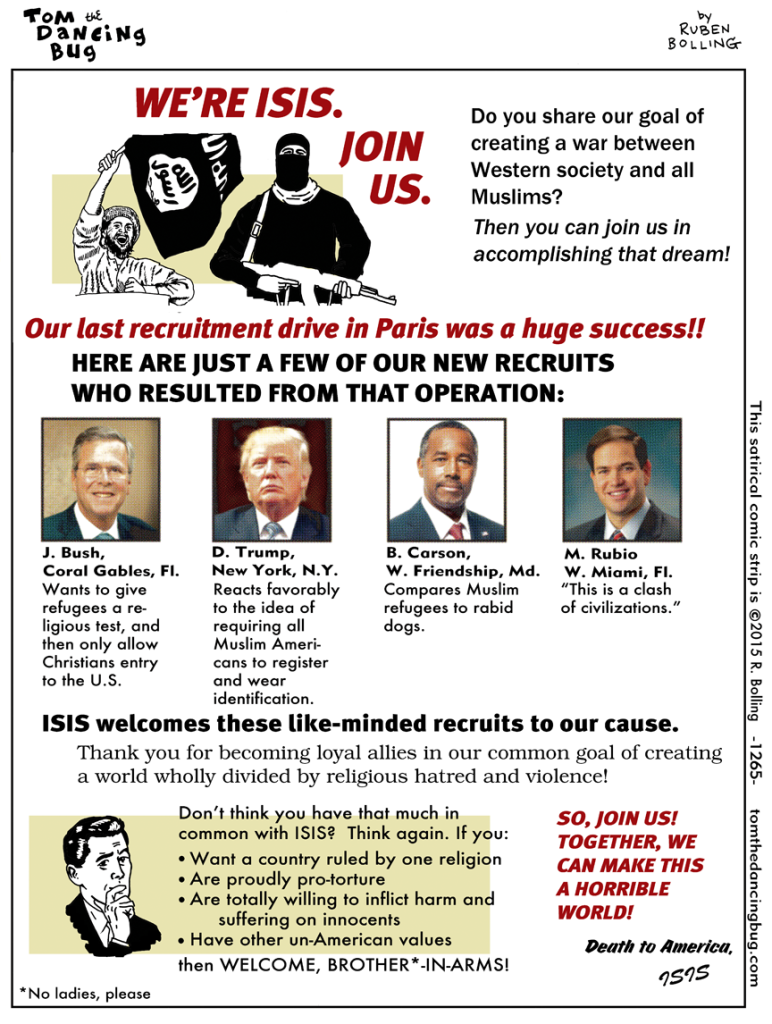 Rubio got it half right. It is a clash alright, but a clash of religions, and certainly not of “civilizations”. You can’t have a civilization if you aren’t civil!

But Rubio has said something even scarier. He believes that “God’s rules” overrule the Supreme Court and laws given to us by Congress.

To me, the only problem is who has the right to decide what is God’s law? Do Christians have that right? What happens when that right comes into conflict with Muslims, or Jews, or Buddhists?

This country was largely founded by people fleeing religious intolerance, and they were Christians fleeing from other Christians. If Christians can’t even decide what God’s law is, how can we trust it?

This was written by Iron Knee. Posted on Tuesday, December 1, 2015, at 12:30 am. Filed under Irony. Tagged Religion. Bookmark the permalink. Follow comments here with the RSS feed. Both comments and trackbacks are currently closed.