“President Obama is overseas this week joining other world leaders in Turkey for the G-20 summit. Which is unusual, because normally when people are gathered around Turkey debating Obama, it’s just a bunch of drunk uncles at Thanksgiving.” – Jimmy Fallon

“Governor Chris Christie said in an interview yesterday that New Jersey would not accept Syrian refugees. Which is too bad, because Syrian refugees would be the first people ever to arrive in New Jersey and say, ‘Hey, this is MUCH better!'” – Seth Meyers

“Donald Trump went on Twitter today and mocked Ronda Rousey for losing her fight this past weekend. In response, T-Mobile’s CEO said he’d pay to see Trump fight her in the ring — at which point, Trump started building a wall around himself.” – Jimmy Fallon 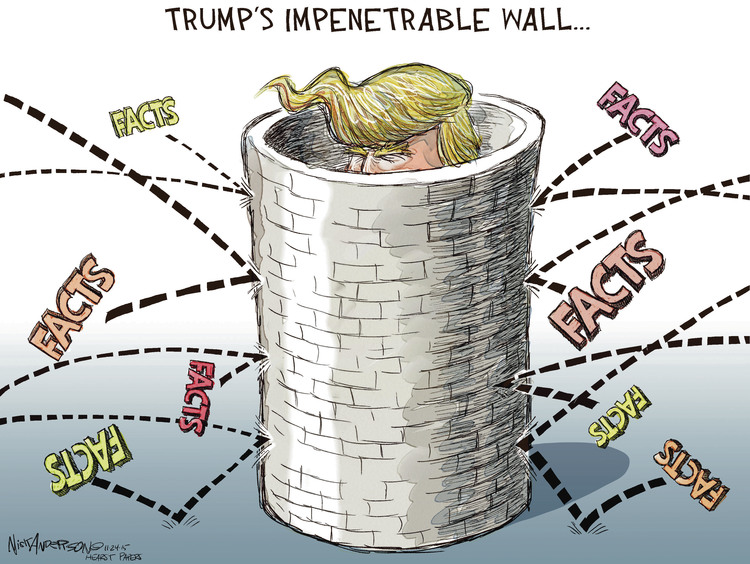 If you liked this, you might also like these related posts:
This was written by Iron Knee. Posted on Thursday, December 3, 2015, at 12:15 am. Filed under Humor. Bookmark the permalink. Follow comments here with the RSS feed. Both comments and trackbacks are currently closed.