I’m so sorry, but I can’t help it. If Trump is as smart as he claims to be, how can he write such stupid things. Here’s his Truculent Trump Tweet du Jour: 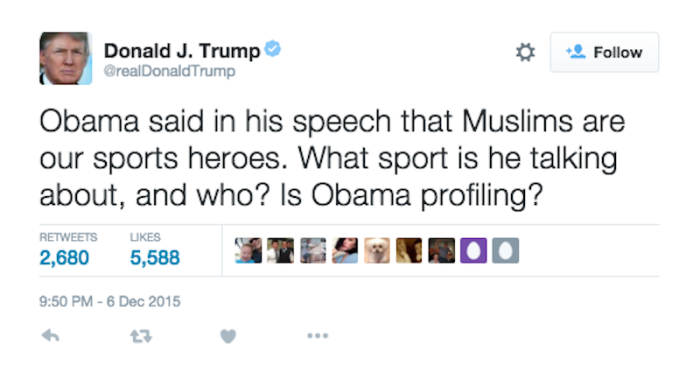 Just to jog his memory, here’s Trump receiving an award from Muhammad Ali: 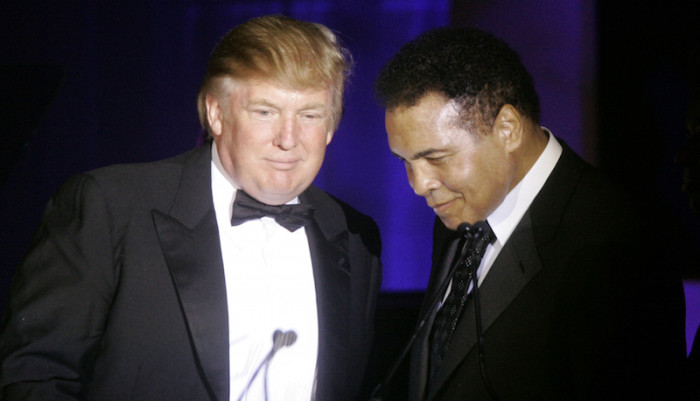 Meanwhile, Trump said he wants to ban all Muslims from entering the US. He also wants to consider “closing the Internet up in some way“. Sheesh!

This was written by Iron Knee. Posted on Tuesday, December 8, 2015, at 12:15 am. Filed under Hypocrisy. Tagged Racism, Trump. Bookmark the permalink. Follow comments here with the RSS feed. Both comments and trackbacks are currently closed.